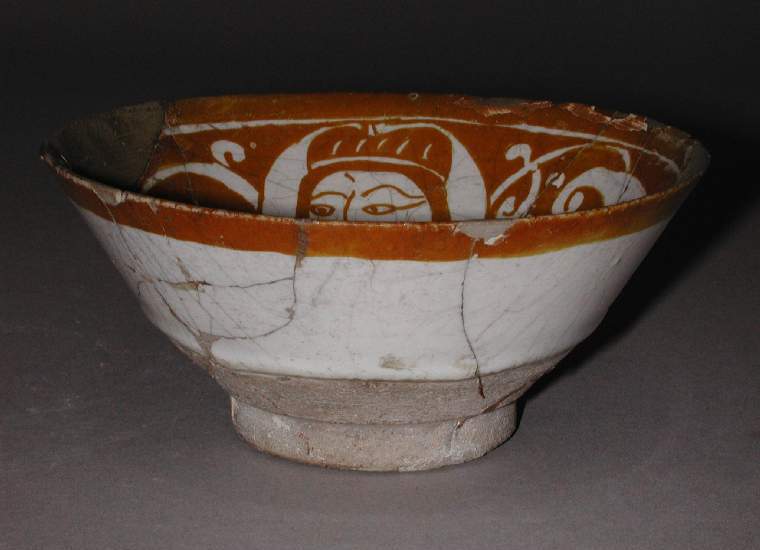 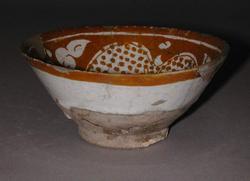 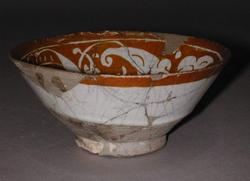 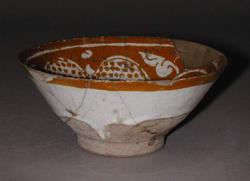 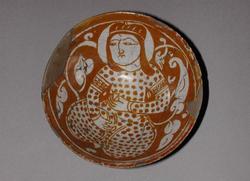 Buff fritware, wheel thrown, with an opaque white crazed glaze painted in yellow-brown lustre.
Shape: conical bowl with slightly convex body and a plain rim, sits on a low foot ring.
Interior: a central design dominates the interior, comprising a seated figure wearing a hat and dressed in a spotted robe, holding an object, possibly a flower, in his left hand. The figure is surrounded by scrolling vines; a white concentric line under the rim delineates the design. All decoration is painted in reverse against a lustred background.
Exterior: a band of lustre covers the rim; the glaze covers three quarters of the upper body, running down the lower body at one point.