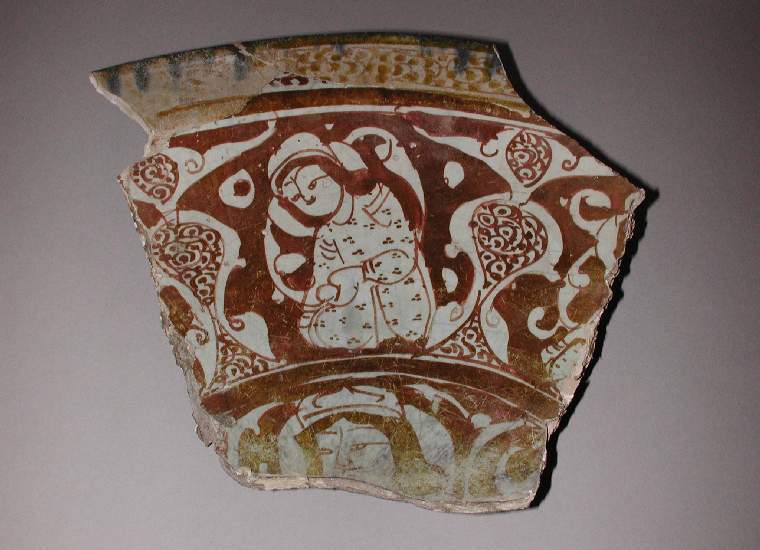 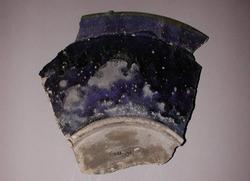 Fritware with blue and white glaze painted with lustre

Buff fritware fragment, wheel thrown, with blue (pitted) and white glaze, both crazed and decorated with yellow-brown lustre.
Shape: roughly rectangular fragment forms profile of a dish with wide, everted rim and a low foot ring.
Interior: on the lip painted lustre forms a frieze of scrolling vegetation, enclosed, above and below, by concentric bands both of which are splashed with blue from the exterior glaze. On the body, painted in reserve against a lustre background, a frieze depicts a seated figure wearing a robe decorated with series of three dots. The figure is flanked either side by arabesques painted in lustre. On the base another figure, also painted in reserve against a lustred background but only partly visible due the fragmentary nature of the dish, wears a headdress.
Exterior: a band of lustre decorates the rim and a frieze of Arabic script (probably cursive) is painted faintly in lustre on the upper body. The blue glaze covers the surface unevenly to a half way point on the foot ring. 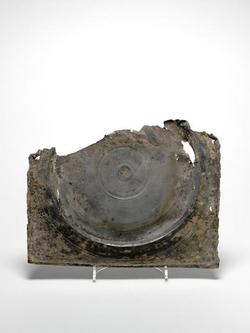 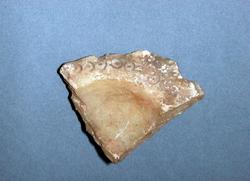 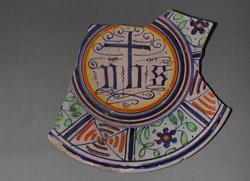 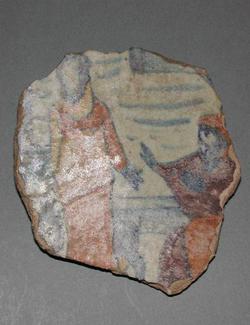