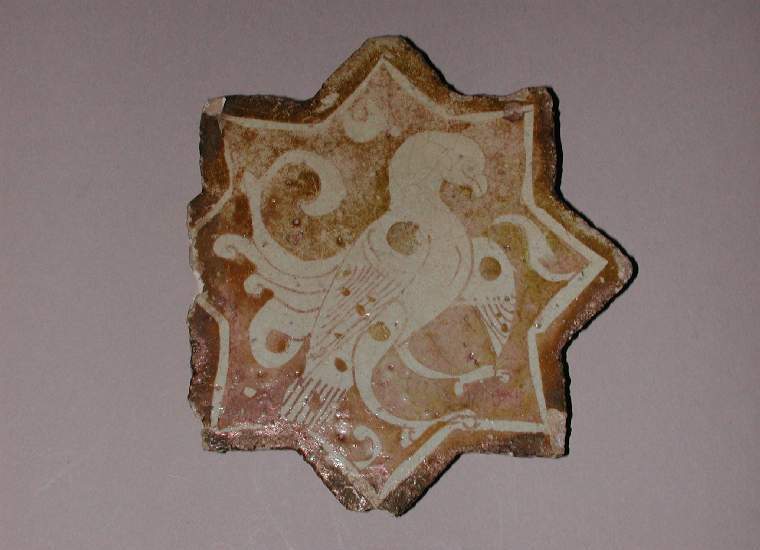 Buff fritware, star shaped tile, mould made, covered with a white crazed and slightly pitted glaze painted in yellow-brown lustre
Decorated surface: painted in reserve against a lustred background a bird (possibly an eagle) is depicted in profile with spots of lustre on its’ body and scrolling leaves in the background. On the edge of the tile, an area left undecorated in lustre forms a white contour, that echoes its' star shape. Glaze and lustre runs over the tile edges.
Reverse surface: accidental spots of glaze and lustre, but otherwise undecorated.