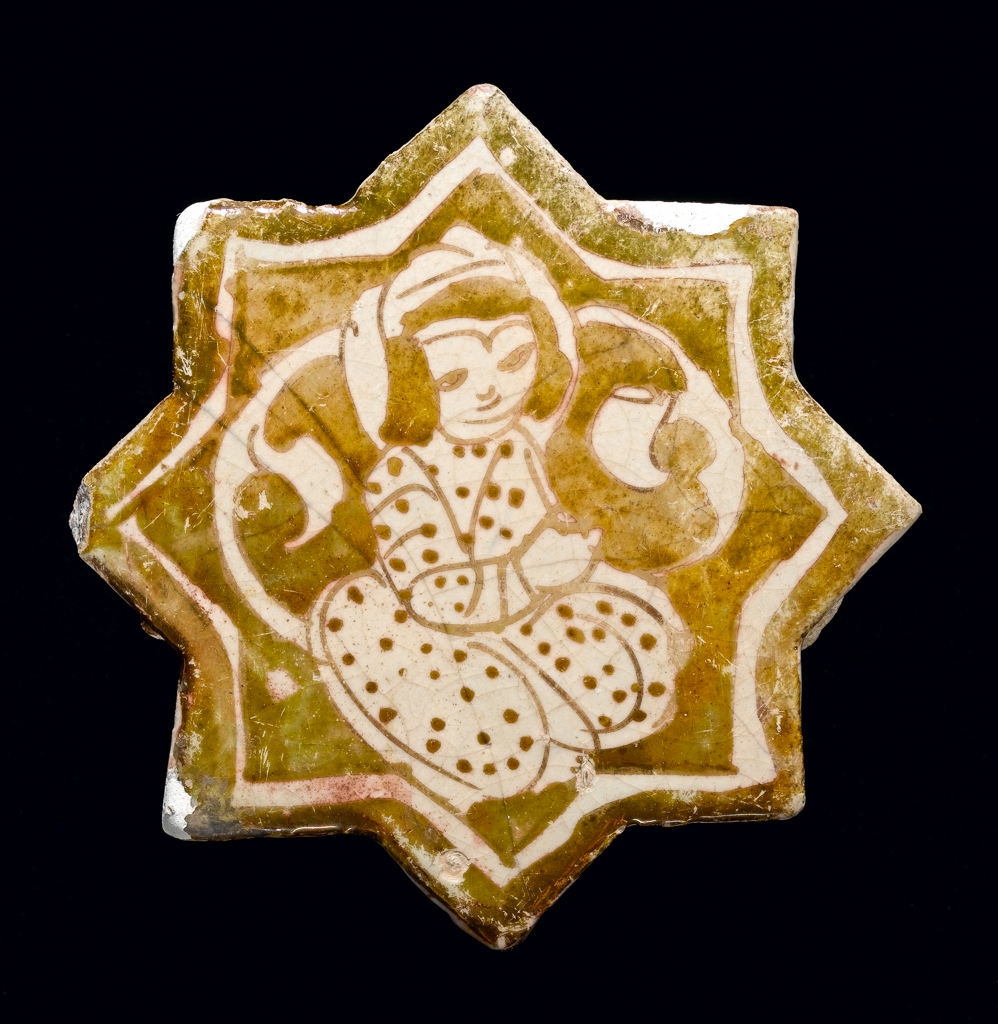 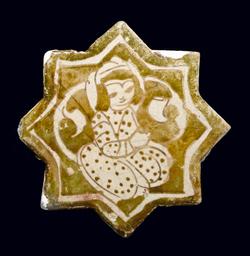 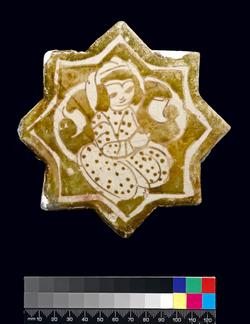 Fritware with orange tone, mould made, covered with a white glaze painted in brown lustre. Star-shaped.
Decorated surface: painted in reserve against a lustred background a seated figure wearing a gown, decorated with groups of three dots, and a headdress is depicted against a background of coiling vines. On the edge of the tile, an area left undecorated in lustre forms a white contour line, that echoes its’ star shape. Glaze and lustre runs over the tile edges.
Reverse surface: undecorated

Moulding : Fritware with orange tone, mould made, covered with a white glaze painted in brown lustre