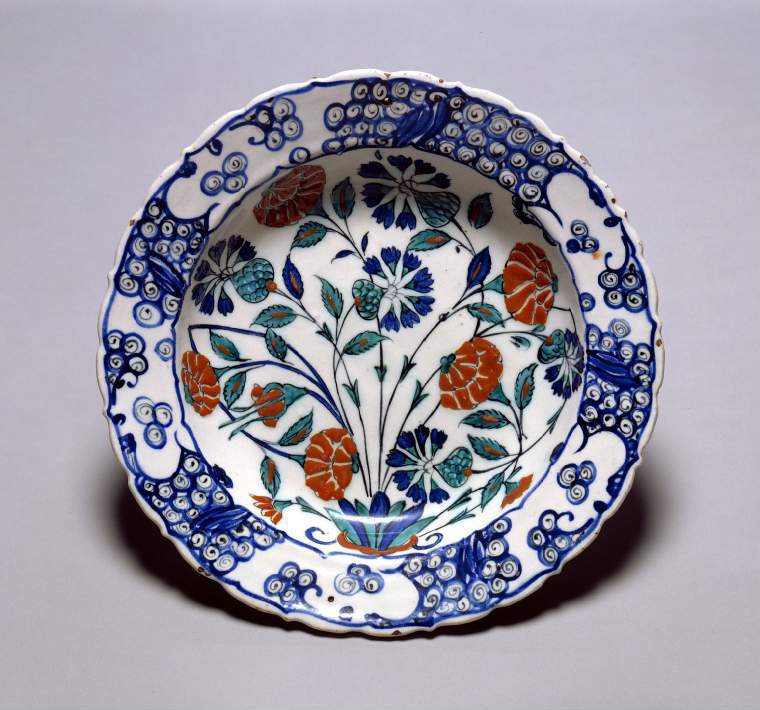 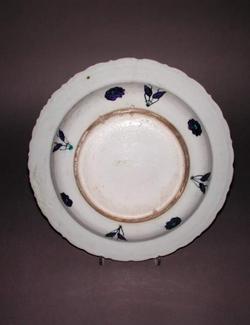 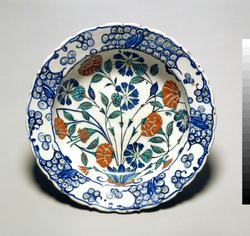 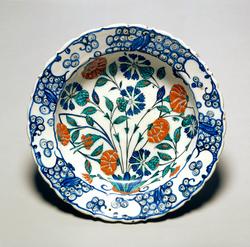 Fritware, mould made, painted in red slip, emerald green, blue and black under a colourless glaze
Shape: segmental bowl with a foliated, angled flange rim, sits on a low, wide foot ring
Interior: enclosed between blue bracketed lines on the rim, a rock wave pattern is painted. A partial cloud band on the upper body hangs from the flange. On the body, emanating from a clasped leafy tuft, a floral spray of red carnations and blue tulips; the latter with scaled, emerald green buds.
Exterior: on the body, paired blue tulips and green and blue rosettes are painted.

colourless, covers the surface except for the rim of the foot ring Glaze Fritware