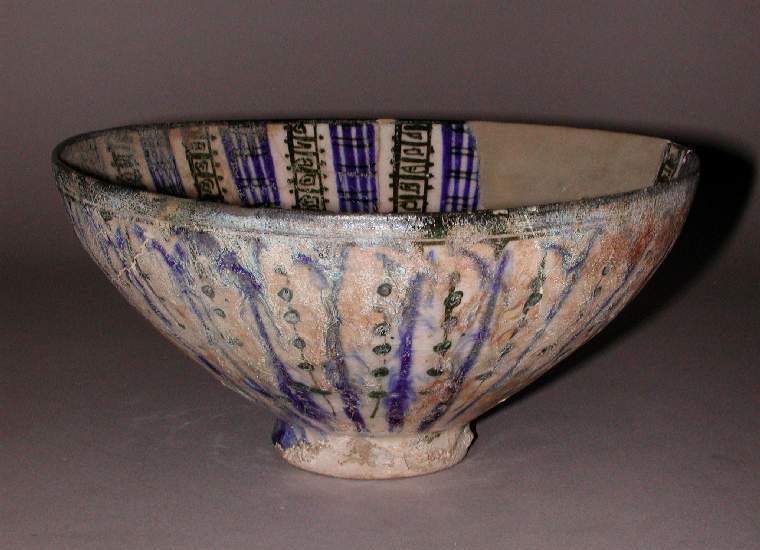 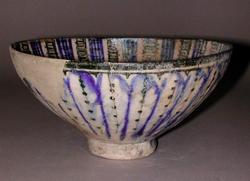 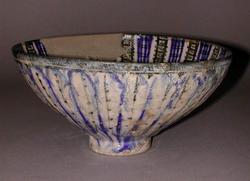 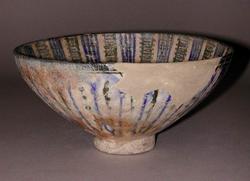 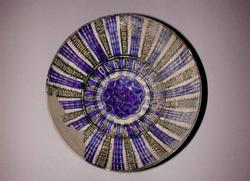 Pinky buff fritware, moulded, painted in blue and black under a clear, crazed glaze
Shape: hemispherical bowl sitting on a small, narrow foot ring
Interior: on the upper body a wide, radiating frieze alternates between a blue and black cross hatch design and a black ladder pattern, the latter embellished with dots and circles. On the lower body, the radiating blue lines continue but here are interspersed with black cartouches containing lines and dots, all of which forms a narrow frieze that is contained within pairs of black concentric lines. On the base a blue star motif is outlined in black and contains black linear triangles.
Exterior: the rim is painted with a black band under which a black concentric line is adorned with small pendant triangles. On the body, a radiating lotus petal design is outlined in blue (which has bled into white background) with a central doted black line. Glaze runs unevenly over the lower body and in places onto the foot ring. The underside of the foot ring is covered with a thin coating of glaze.