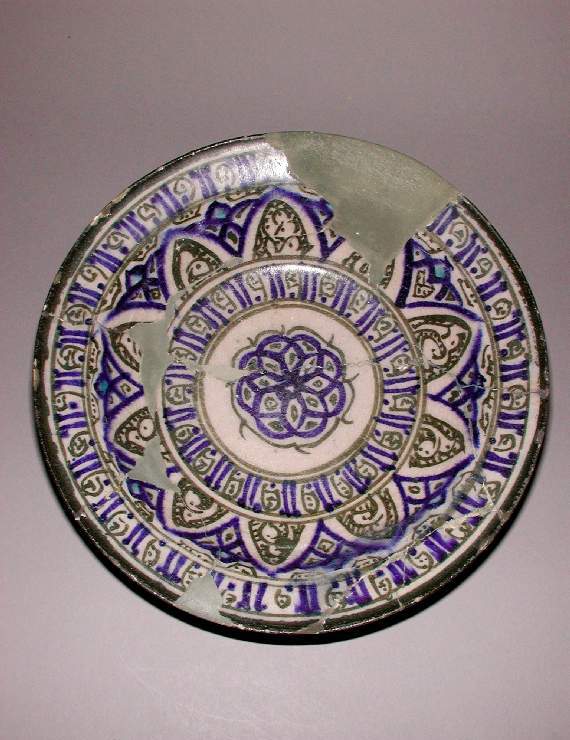 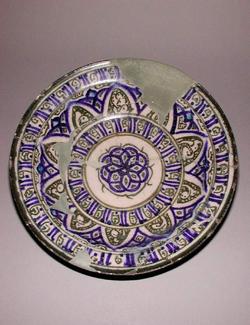 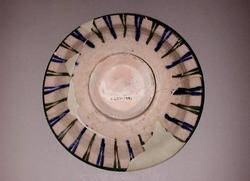 Pinky buff fritware, wheel thrown, painted in blue and black under a clear, crazed glaze
Shape: everted, flange lip with a bead rim on a hemispherical bowl sitting on a low foot ring
Interior: rim is painted black. On the lip and lower body, two identical friezes comprise roughly drawn black cartouches, enclosing lines and dots, each separated by pairs of blue vertical lines and enclosed by concentric black lines. This decoration delineates a broad frieze on the body comprising alternately orientated triangles, either black, containing dotted foliage against a hatched ground, or blue, subdivided and containing or surrounded by black and turquoise dots or lines. On the base a blue central rosette is outlined in black.
Exterior: rim is painted black, while on the body narrow ‘V’ shapes are painted in blue or black. Glaze runs over surface and unevenly on the foot ring.