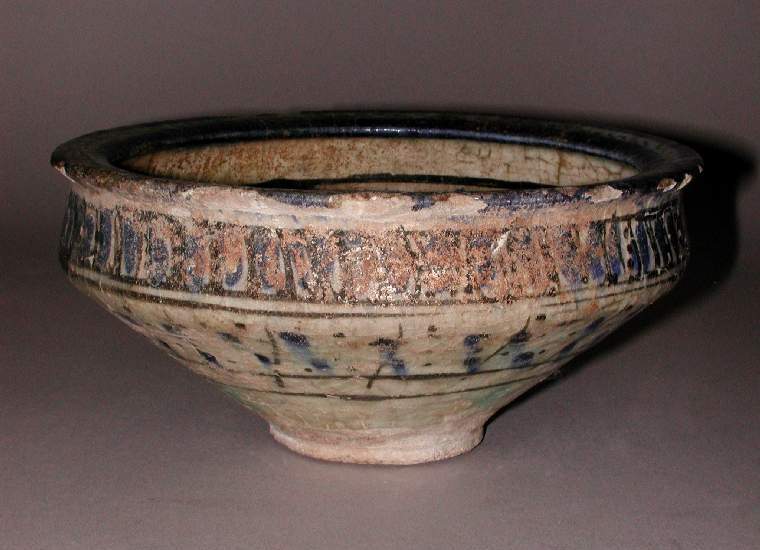 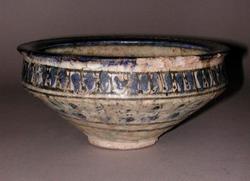 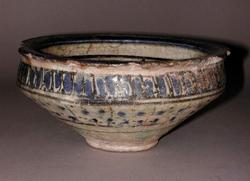 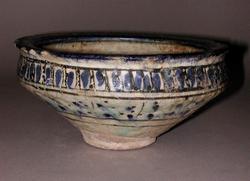 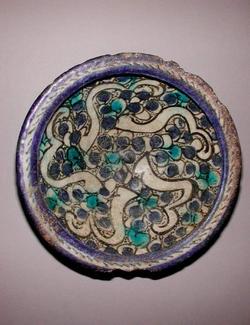 Fritware painted in black, blue and turquoise under a clear glaze

Buff fritware, wheel thrown painted in black, blue and turquoise under a clear, crazed glaze.
Shape: T shaped rim and angled neck descending via a sharp carination onto a conical bowl with low foot ring.
Interior: rim exterior and interior are painted with blue bands enclosing a frieze of black dashed lines. On the body inter-connected leaves, dots and scalloped lines (pseudo-Arabic lettering) are all outlined in black, in addition some leaves painted with blue or turquoise slip. A pair of concentric lines delineates the edge of this decoration on the neck.
Exterior: on the neck, alternating thick blue and thin black lines are enclosed within two concentric lines. On the body, a frieze of blue and black dots is separated by vertical black lines and enclosed by concentric black lines. Glaze runs towards the lower body with an uneven surface appearance.