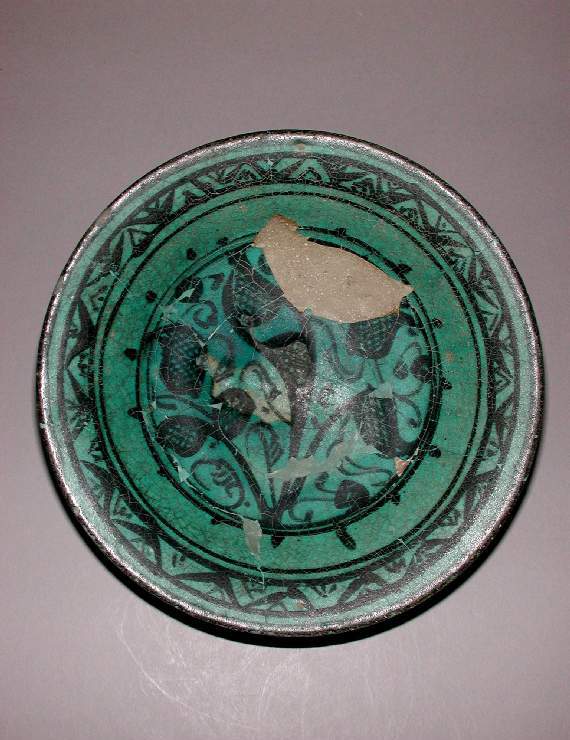 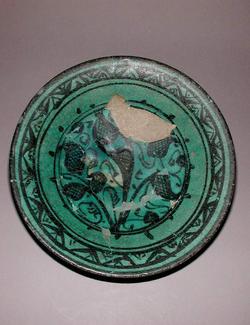 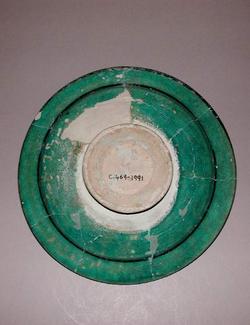 Fritware painted in black under a turquoise glaze

Buff fritware, probably wheel thrown, painted in black under a crazed turquoise glaze.
Shape: dish with flat rim and segmental bowl sitting on a low foot ring
Interior: decoration is painted in black. On the rim a concentric band is painted above a frieze on the lip of “V” shapes of varying size, which are enclosed within two further lines. On the base, a dotted circle delineates a scrolling floral design in which large leaves are filled with cross-hatch. Glaze covers the surface unevenly
Exterior: on sections of the rim the black band is visible, while on the upper bowl another concentric line is painted. The glaze runs unevenly over the lower body, leaving the foot ring uncovered with some pitting in places.