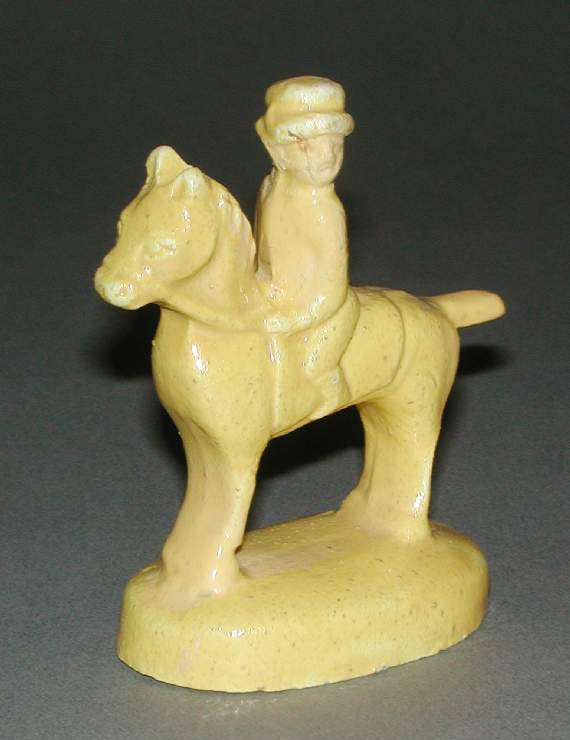 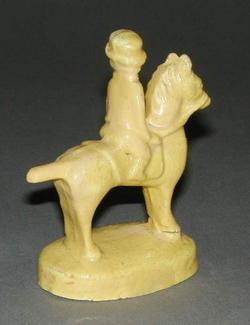 Earthenware, press-moulded in two halves, and glazed yellow. The horse is supported on an oval mound which is concave underneath. The man wears a low-crowned hat and sits astride the horse with his head turned towards the viewer. The horse stands in profile with its hooves together.

Yellow glazed earthenwares were produced by a number of English potteries during the late 18th and early 19th centuries. The yellow colour of earlier examples was produced from a mix of litharge (lead monoxide), antimony and tin or lead ash, with proportions varied to produce different tones. From around 1830, chrome pigment became available as a simpler alternative. Very few pieces of yellow-glazed ware are marked, but those that are show that makers included at least nine Staffordshire potteries, including Wedgwood, Spode, Enoch Wood and John Shorthouse, as well as potteries in Rotherham, Leeds, Newcastle-on-Tyne and Sunderland. Small, simply modelled and plain glazed figures were cheap to produce and popular.

Press-moulded : Earthenware, press-moulded in two halves and joined together before coating with yellow lead-glaze; the mark of the join can be seen
Lead-glaze 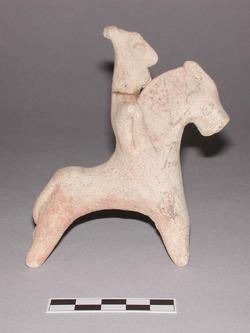 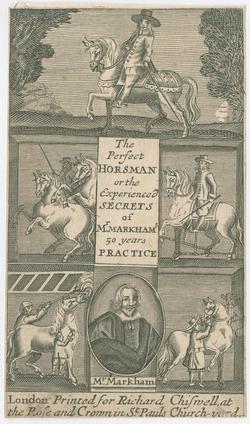 Title-page to (and containing a portrait of) Gervase Markham, 'The Perfect Horsman or the Experienced secrets of Mr. Markham's 50 years practice' 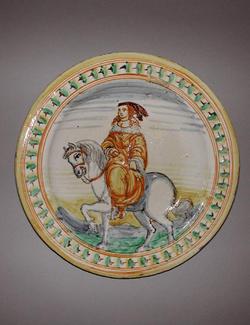 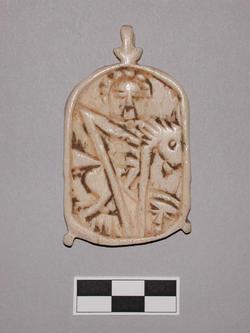 Bone pendant of a saint

Dish from the Pucci Service