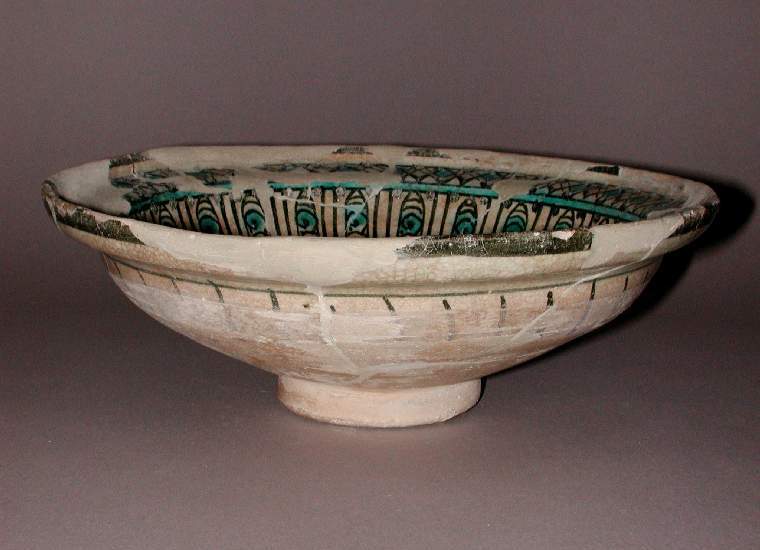 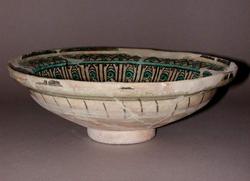 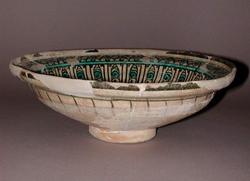 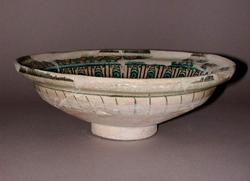 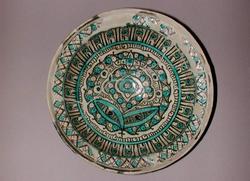 Buff earthenware, wheel thrown, with light brown slip painted in black and turquoise under a clear, crazed glaze.
Shape: everted rim and lip on a slightly carinated bowl and low foot ring
Interior: the rim is painted black and on the body a dotted black zigzag pattern contains turquoise lozenges. On the body, contained within turquoise concentric lines, a frieze of bullet shaped black cartouche, containing black lines and scrolls highlighted with a turquoise dot, are separated by black lines. On the base, contained within a black wavey roundel, a complex pattern is outlined in black with turquoise highlights, principally comprising petals, a plamette and dotted circles. Three scars on the base indicate the use of a tripod stacking device during kiln firing.
Exterior: black paint on rim continues on exterior, while on the upper body a horizontal line and a series of vertical lines, both in black, form a frieze. Glaze and slip only cover the surface to upper body and do not extend below the carination.