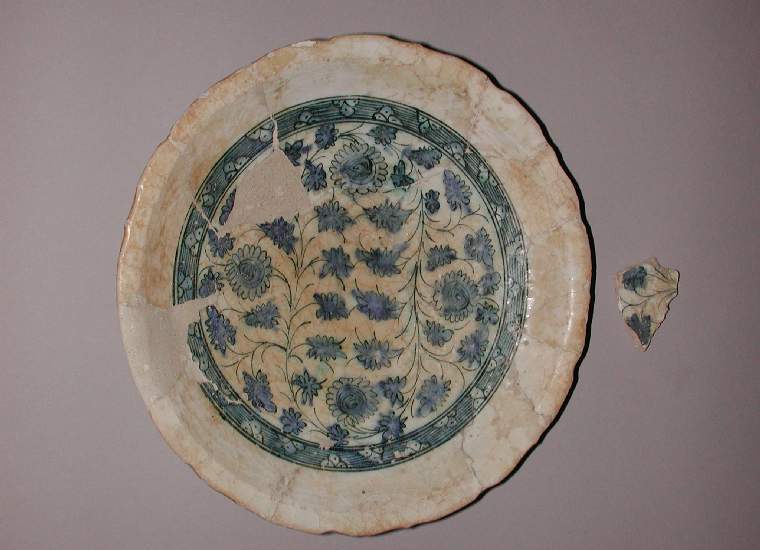 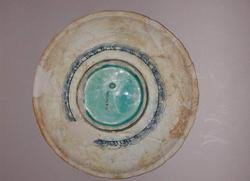 Fritware, probably moulded, painted in blue and black under a clear crazed glaze with turquoise glaze on the foot ring.
Shape: bracketed flat rim on slightly concave body sitting on a very low, wide foot ring
Interior: a frieze of opposing groups of three black dotted semi-ovals is painted against a blue background filled with black horizontal lines, all enclosed by black concentric lines. In the roundel, an ovular floral spray with black stem and blue flowers and leaves outlined in black is painted in a sketchy style against the white background of the dish.
Exterior: on the lower body a frieze of black inter-locking ovals with blue upper sections sits on a black concentric line. A pair of black concentric lines is painted on the foot, these are lightly coloured with turquoise. The underside of the foot ring is coated with a turquoise glaze.

Moulding : Fritware, probably moulded, painted in blue and black under a clear crazed glaze with turquoise glaze on the foot ring