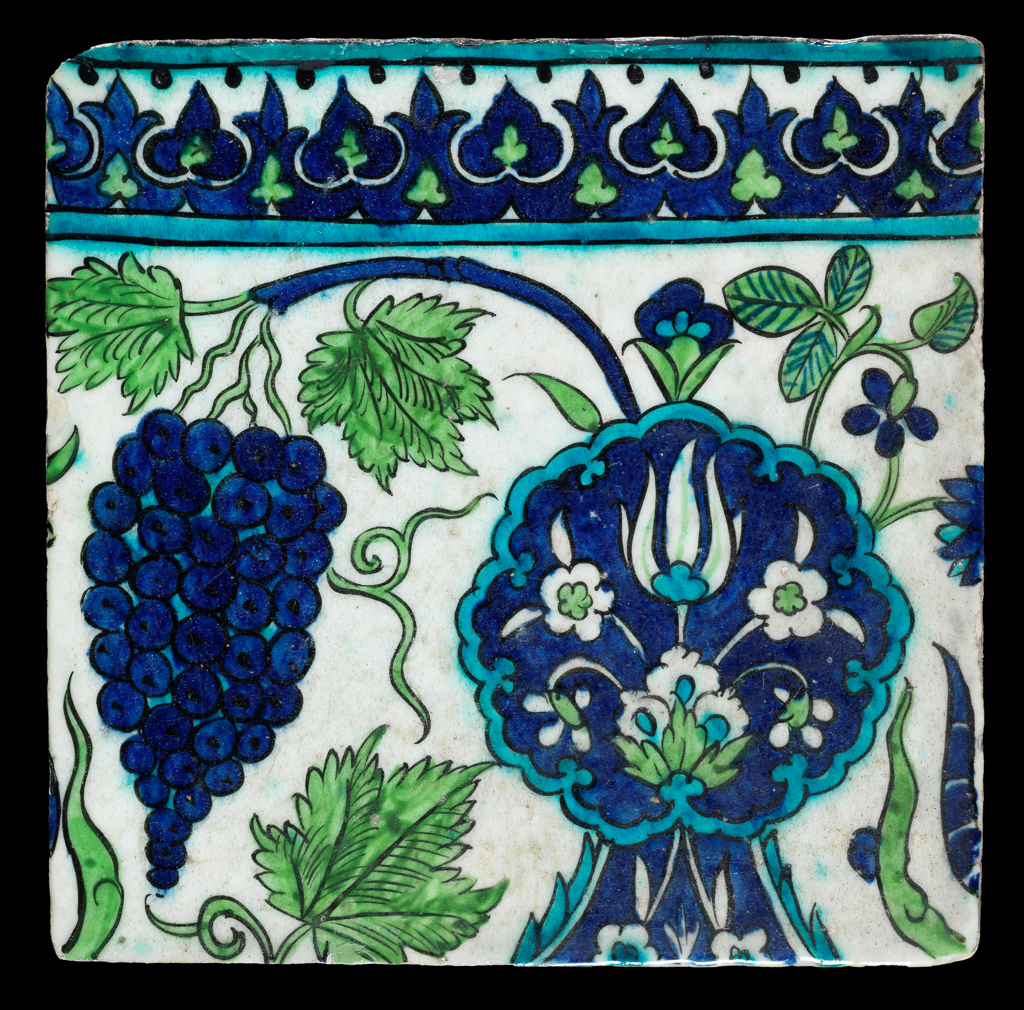 Fritware painted in four colours under a colourless glaze

Fritware, mould made, painted in blue, green, turquoise and black under a colourless glaze.
Forms part of a panel comprising twenty three tiles. A large rectangular tile that forms part of a 2nd row of five tiles, comprising one other large and three smaller sections. This tile probably formed the edge of the original panel.
Upper surface: the tiles on the lower four rows are all decorated with a similar pattern comprising festooned manderolas linked by sinuous stems, both outlined in black, bordered with turquoise and containing floral sprays reserved in blue with green or turquoise. The surrounding area is filed with vine leaves, bunches of grapes and flowers including tulips painted in blue or green with turquoise highlights. On the upper edge a palmette frieze in blue, green and turquoise with black outlines is painted.
Lower surface: undecorated except for splashes of glaze and areas of plaster

Method of acquisition: Given (1928-06-04) by The Friends of the Fitzwilliam Museum

Moulding : Fritware, mould made, painted in blue, green, turquoise and black under a colourless glaze