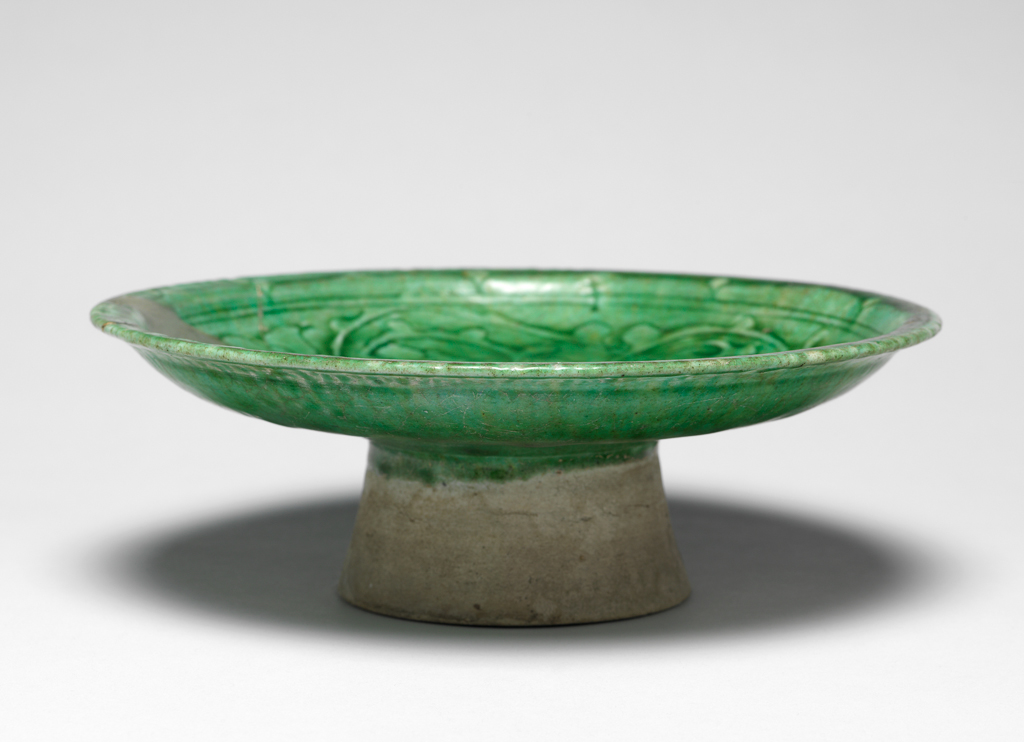 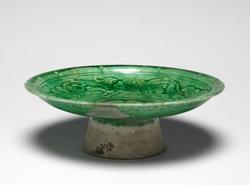 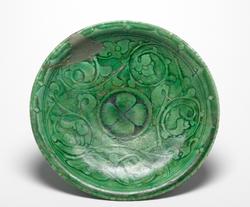 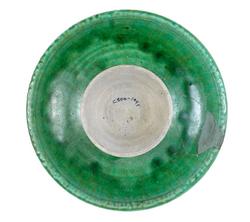 Buff fritware with carved decoration under a green glaze

Buff wheel thrown fritware with carved decoration and a translucent green glaze.
Shape: Tazza or dish comprising circular shallow dish with everted rim, sitting on a high foot ring with slightly flaring profile.
Interior: Carved decoration fills the interior and is covered with a crazed, translucent green glaze. The pattern on the rim incorporates repeating diamond pattern alternating with scalloped line which is separated from the principal decorative theme by two parallel concentric lines. A carved repeating and curving arabesque pattern forms a circular frieze on the body. A quatrefoil rosette fills the base.
Exterior: Green crazed translucent glaze covers the vessel rim and body up to the uppermost area of the foot ring base. The glaze has pooled in places, particularly around the rim and shoulder, creating a slightly lumpy surface.