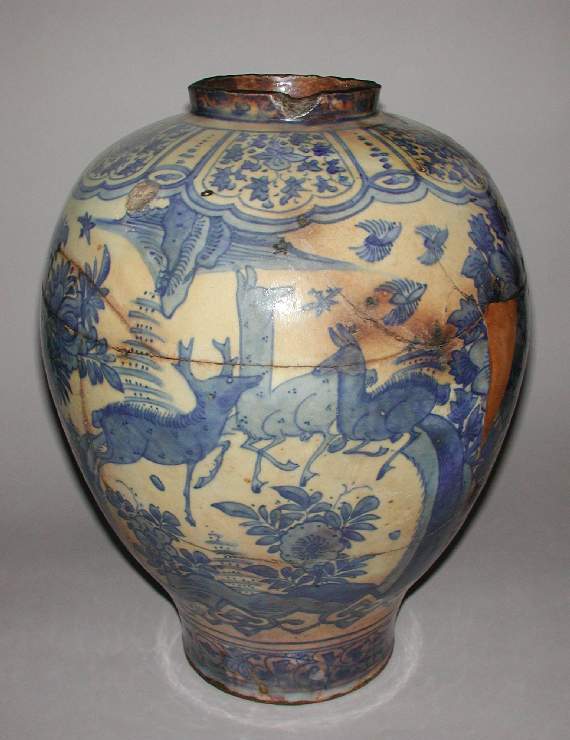 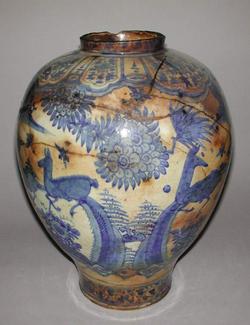 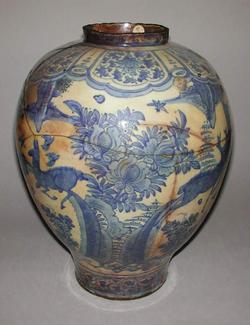 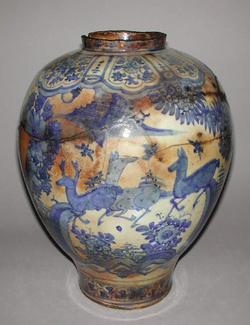 Fritware, probably wheel thrown, coated in a white slip painted in three shades of blue under a colourless glaze.
Shape: inverted pear shaped body with a cylindrical neck, sits on a low foot ring.
Exterior: on the neck a curling leaf pattern is visible. On the shoulder, contained within panels with bracketed lower sections, further curling leaves and a flower head or a stylised lotus blossoms are painted. On the body, does and stags, along with occasional insects prance in a hilly landscape with stylised pagodas and floral sprays. Large sprays of lilies spring from palm like leaves separate each group of animals. On the lower body a series of interlocking lappets and on the foot a concentric band of further flower heads and curling leaves. On the underside of the foot a black tassel mark is painted. The glaze covers the entire surface with the exception of the rim of the foot ring and a small area on the body. A scar mark on the body probably results from contact with another vessel in the kiln.
Interior: undecorated except for a surface glaze.

Method of acquisition: Given (1911-03-20) by The Friends of the Fitzwilliam Museum

Inscription present: painted under the glaze