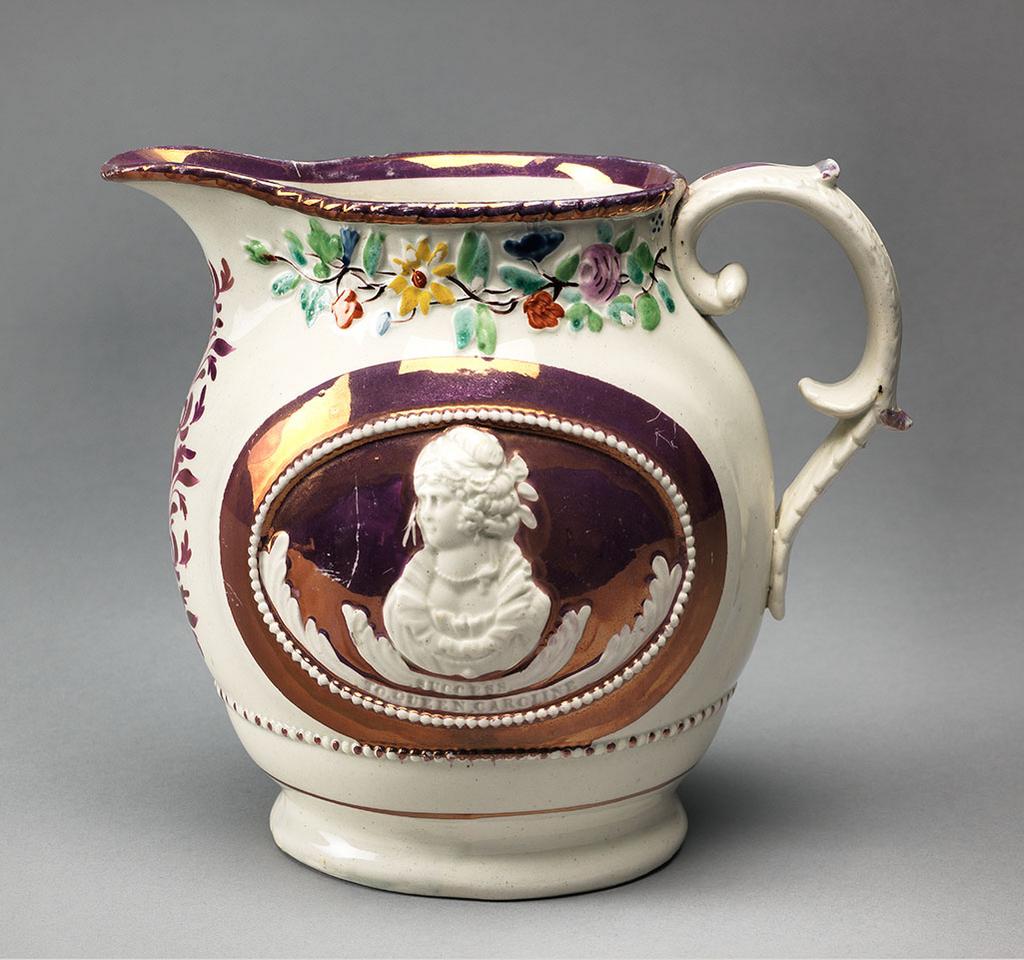 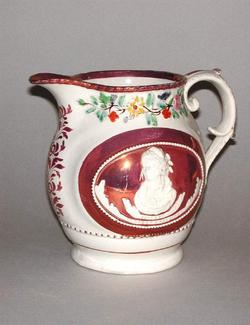 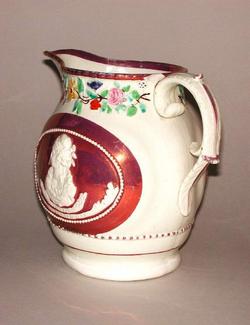 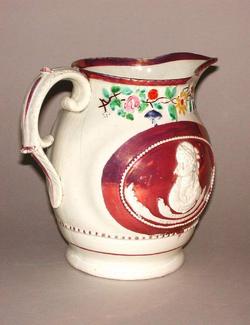 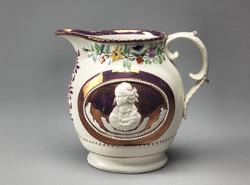 Ovoid form jug with projecting base, curved neck and projecting lip, and a scrolled loop handle with leaf moulding. Decorated on both sides with a cameo- type bust of Queen Caroline above two foliated strips inscribed 'SUCCESS' and 'TO QUEEN CAROLINE', with beading around, all on a copper-pink oval. Below is a band of lustre and white beading. On each side of the neck is a relief floral spray painted in enamels and pink lustre. A strip of lustre stylised foliage runs from lip to foot; the rim has a lustred 'rope' moulded edge. The underside is sl;ightly recessed and glazed.

In 1820, a Parliamentary Bill was placed before Parliament to dissolve the marriage of George IV and Caroline of Brunswick, on the grounds of her adultery. The couple, who were cousins, married in 1795 when George IV was Prince Regent, but they had been separated for some years by the time he became King and he did not want her as his Queen. She, however, had the passionate support of much of the population, and feeling in the country ran high. The Bill was eventually withdrawn, though Caroline was never crowned and died the following year. The jug was made to sell to the Queen's sympathisers and was probably made in large numbers.