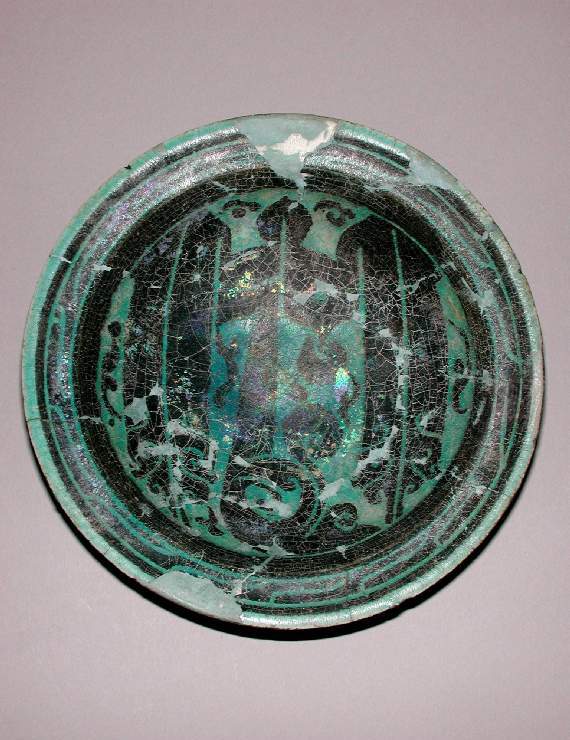 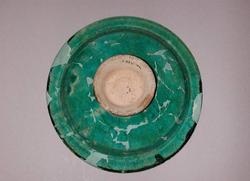 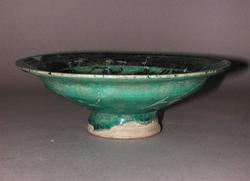 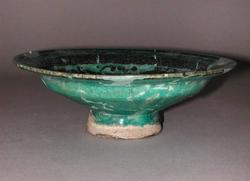 Fritware with carved black slip under a turquoise glaze

Buff fritware, probably wheel thrown, with carved black slip, under a dull crazed and lightly pitted but thick turquoise glaze.
Shape: segmental bowl with a gentle carination in the upper body, a flat rim and a moderately high foot ring.
Interior: a guilloche pattern is apparently on the rim is confined by a thin line above and a thicker line below on the upper body. The well is decorated with Arabic inscription (kufic), surrounded by scrolls and vegetation produced by carving a black slip.
Exterior: rim is partially painted line. Glaze runs over the body, covering the surface unevenly and running onto the foot ring.