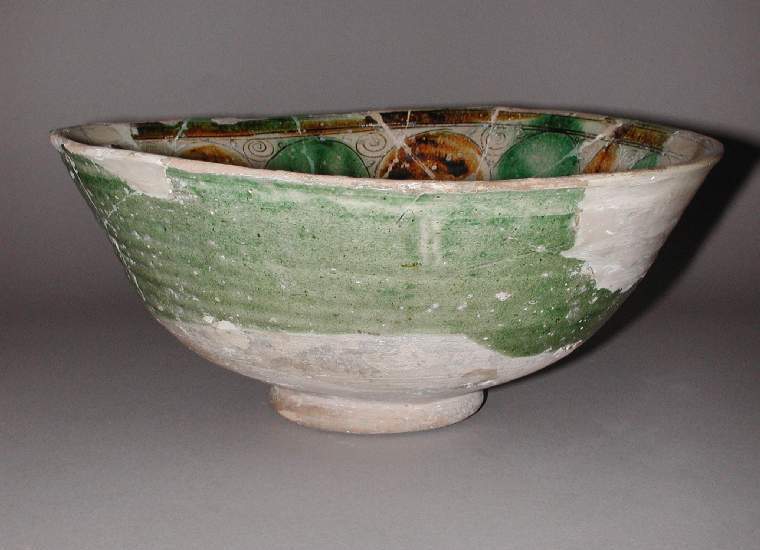 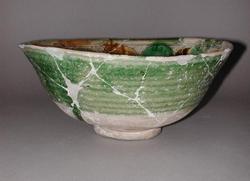 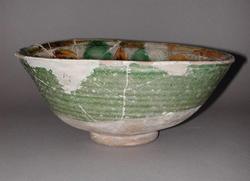 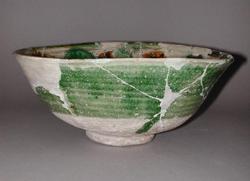 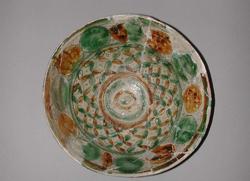 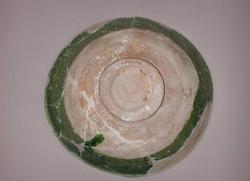 Red-brown earthenware with cream slip, painted and incised decoration under a clear glaze

Red-brown wheel thrown earthenware coated with cream slip, painted and incised decoration under a clear glaze.
Shape: segmental bowl with a plain rim, seated on a low foot ring.
Interior: entire surface is coated with a cream slip with three friezes of painted and incised decoration, each are separated by concentric bands of green or brown. On upper body roundels painted in alternating green or brown colouring, defined by incised lines, and surrounded by incised scrolls. On the lower body, alternating green and brown petals form a repeating quatrefoil pattern. On the base, concentric scalloped incised lines are emphasised by alternating green and brown circles to provide the appearance of a single flower.
Exterior: Remains of a white slip under a green glaze on the upper three quarter of the body.