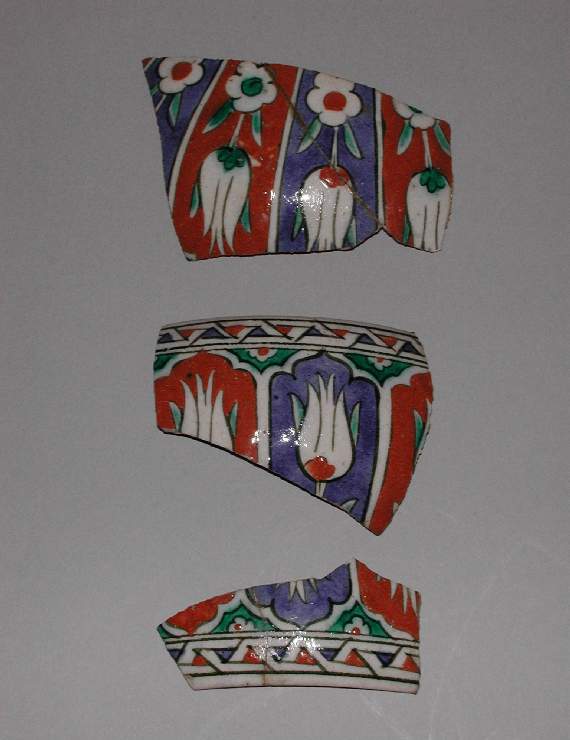 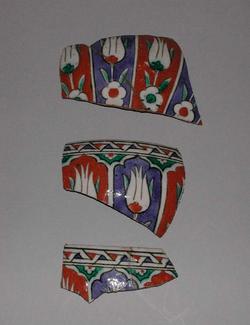 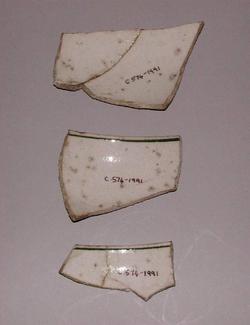 Fritware, probably wheel thrown, coated in a white slip and painted in red, blue, green and black under a clear glaze. .
Shape: irregular fragment comprising a plain rim on a hemispherical body
Exterior: just below the rim a black chevron pattern is highlighted with blue and red. On the body lotus arcades are coloured alternately blue or red and contain a tulip and rosette both white with green leaves and red or green centres. Above the arcading green spandrels contain a half rosette with red dotted centre.
Interior: undecorated except for a black concentric line just below the rim. The glaze covers the interior.