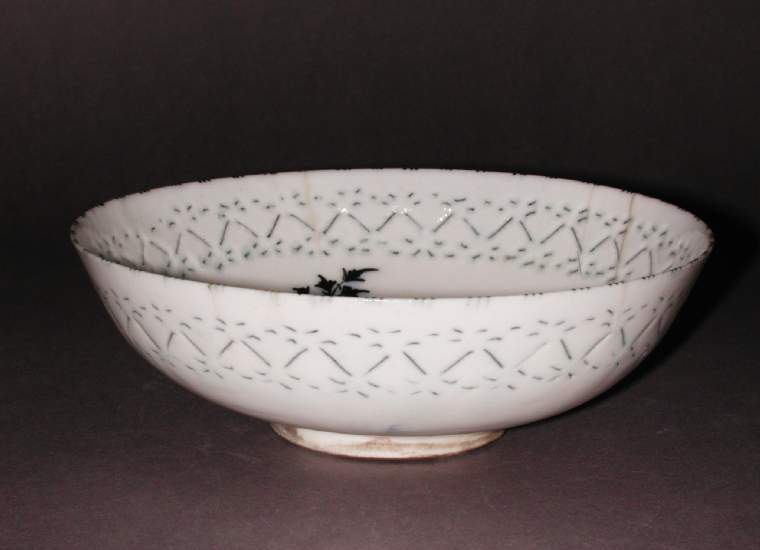 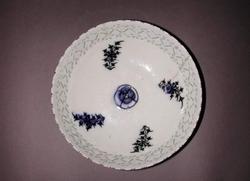 Fritware, pierced and painted in blue and black under a colourless glaze

Fritware, possibly wheel thrown, pierced and painted in black and blue under a colourless glaze.
Shape: hemispherical bowl with a plain rim on a low foot ring, a central dome protrudes on the interior base.
Interior: the rim is painted with groups of three black dashes. On the upper body, pierced diagonal lines and dashes form a frieze. On the lower body, spaced evenly around the domical centre, four black leafy sprays, of which alternate examples are highlighted in blue. On the central dome a black cross, highlighted in blue is interspersed with curved lines.
Exterior: undecorated except for the pierced decoration from the interior visible on the upper body. Glazed except for the rim of the foot ring.

Given by Charles Davis

Method of acquisition: Given (1909) by Davis, Charles

colourless, except for rim of foot ring Glaze Fritware