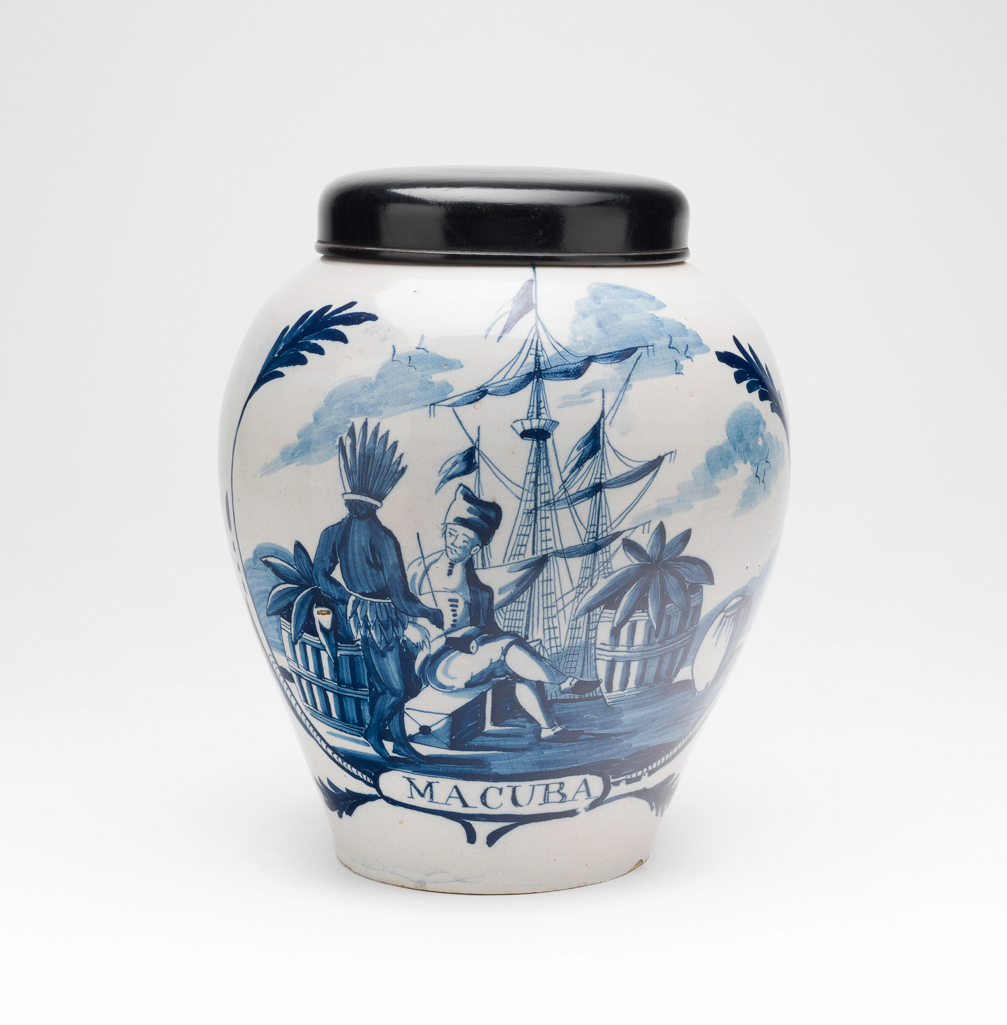 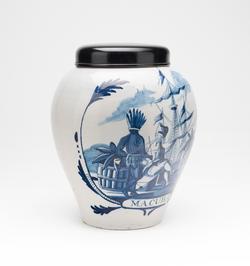 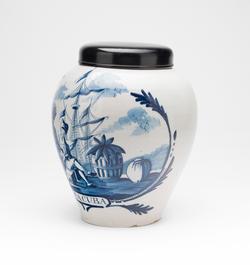 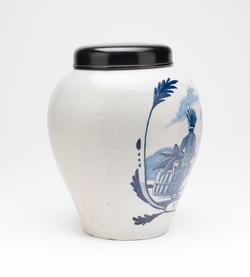 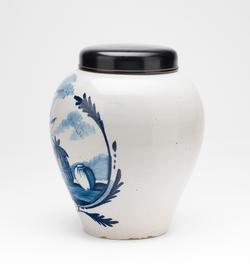 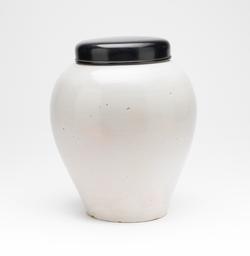 Buff earthenware, tin-glazed overall, except for the outer edge of the base, and painted in blue. The jar is ovoid with a short, everted neck. The centre of the base is slightly concave. On the front is a view of a quay with a seated European man in the middle, and on the left, beside a barrel, an native American standing holding a pipe with his back to the viewer. On the right there is another barrel, and a sack, and behind the quay, the masts and rigging of a ship. On each side there is a curved palm frond, and below, in a panel 'MACUBA' with two horizontal palm fronds below. The circular ebonized wood cover has sloping sides and a slightly domed top (not original). 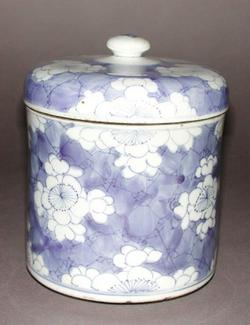 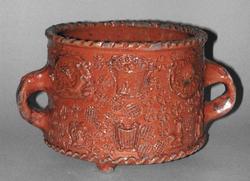 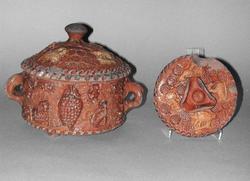 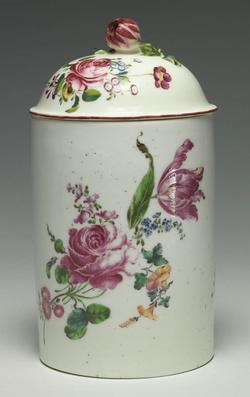