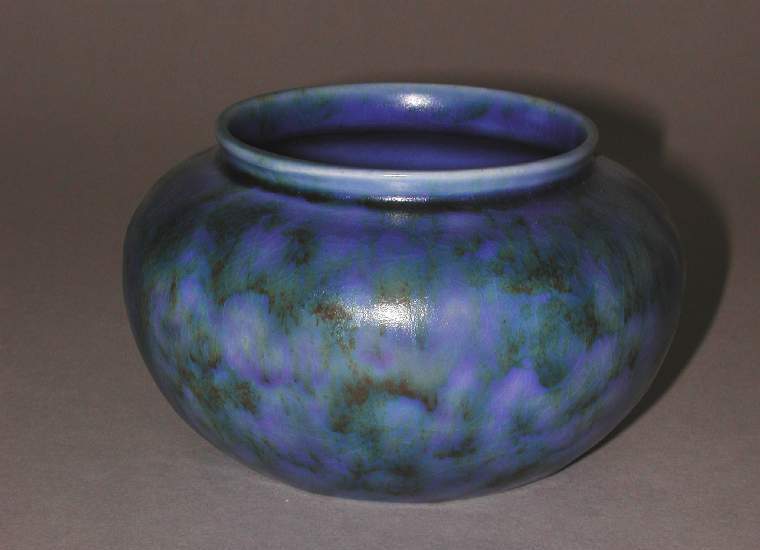 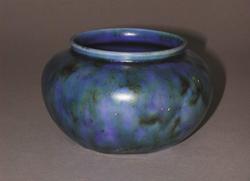 Small, circular, white earthenware bowl, the sides rounded and closing in at the top to gicve a round opening, with a short neck, a little wider than the foot-ring. Covered completely with a distinctive electric blue matt glaze, into which brown or yellow glazes have been run on the exterior, producing a mottled effect. The underside is slightly concave and glazed, with three spur marks.

Bequeathed by A H Palmer, Esq.,

Established early in the century as a maker of earthenware teapots, George Clews & Co began making art pottery around 1913/14, aiming to produce ‘crystalline and opalescent glazes, rouge flambés etc’ on a commercial scale. ‘Chameleon Ware’, introduced c. 1920, became the pottery’s best known product and was made until c.1939. It includes shapes inspired by Egyptian and Persian pottery, echoing 1920s interest in archaeological discoveries. The shapes, made from a special white body, were hand-painted in green, brown and distinctive electric blue matt glazes; sometimes lustre was also used. Chameleon Ware was awarded a gold medal at the Philadelphia Exhibition in 1926. The three digit number probably refers to the colours used. The mark is similar to a rectangular 'Chameleon Ware' mark used from 1935.

Inscription present: printed around a triangular trade mark containing a chameleon, all within a circle 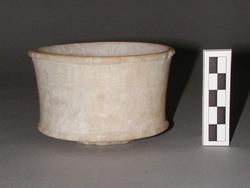 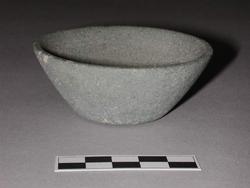 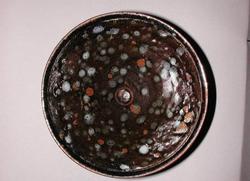