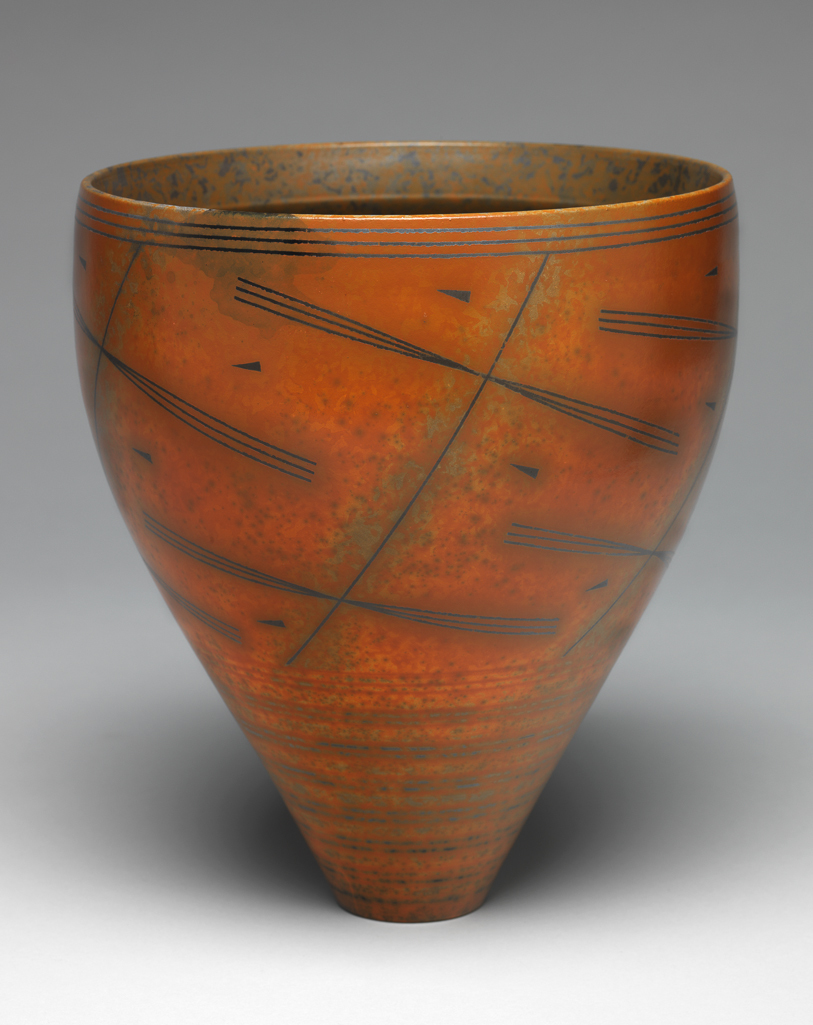 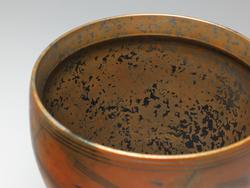 Bowl on Narrow Base

Terra sigilata decorated on the exterior with crosses and triangles.

Thrown red earthenware, coated with terra sigillata slip, decorated with a linear design, burnished, bisque-fired, and smoke fired.Circular, standing on a narrow base. The sides slope upwards and outwards to the widest point, and then curve inwards slightly towards the rim. The orange, mottled exterior is decorated round the lower part with pairs of grey broken circles, above which is an abstract design of slanting crosses with pointed triangles in the spaces. There are three dark grey bands round the rim. The interior is mottled in black, grey, and orange.

Text from object entry in A. Game (2016) ‘Contemporary British Crafts: The Goodison Gift to the Fitzwilliam Museum’. London: Philip Wilson Publishers: Duncan Ross studied at West Surrey College of Art and Design between 1961 and 1965 under Gwyn Hanssen Pigott (1935–2013), and acknowledges the continuing influence of the simplicity and directness of form that his tutor achieved. He spent many years teaching and developing a career as a painter before returning to the ceramics studio full-time in 1989. He was drawn to the ancient Roman technique of terra sigillata which is a way of developing an integral glazing surface with depth and richness of colour, by building up layers of liquid clay, or slip, on the ceramic form. He has a particular interest in the role of pattern in art, finding inspiration in examples of Greek and Roman ceramic art and twentieth-century painters such as Paul Klee (1879–1940) and Joan Miró (1893–1983). Duncan Ross: ‘I am always searching for development that comes from repetition, allowing the idea to flow from one group of works to the next, adding and omitting to arrive at the ideal and most natural relationship of surface to form. The pots are placed in sawdust in saggars and have several firings. It is the combination of the fundamental and the sophisticated that I find fascinating.’

The black design is produced by the smoke firing, where the terra sigillata slip lies thinly on the surface 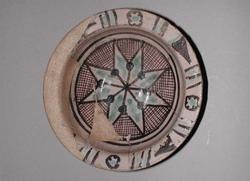 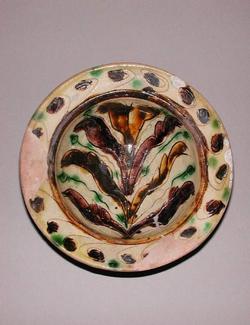 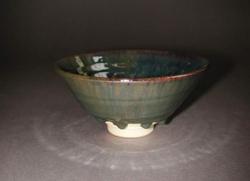 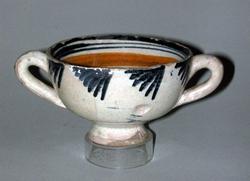