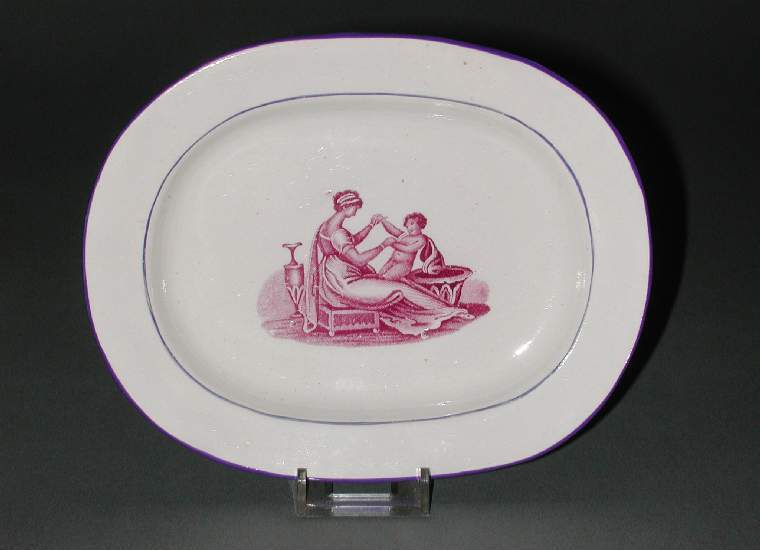 Oval dish, from part of a toy dinner service. White earthenware with pale-blue tinted glaze, bat-printed in puce and banded in blue enamel. Oval dish with narrow rim standing on a footring. The dish is decorated with a mother seated on a square box with a nude child kneeling on her knee, a vase to the left, and a large bowl to the right.

Given by G.H.W. Rylands in memory of his mother, Mrs Betha Wolferstan Rylands.