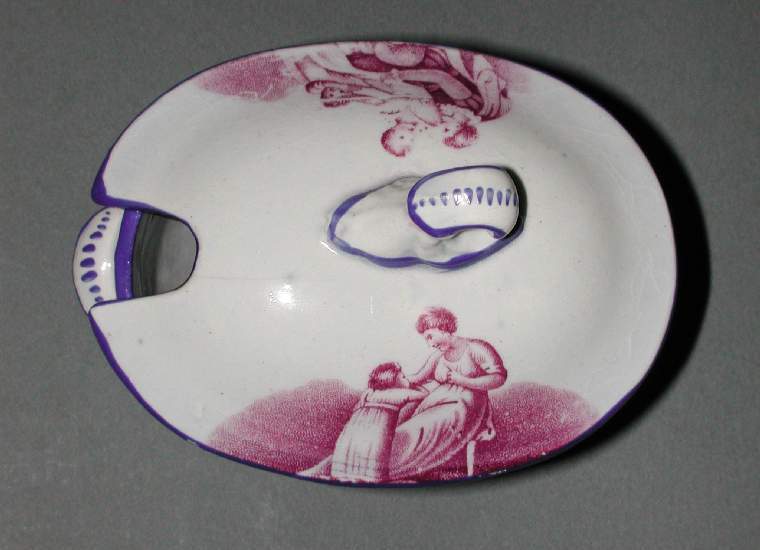 Oval tureen cover from part of a toy dinner service. White earthenware with pale-blue tinted glaze, bat-printed in puce and banded in blue enamel. One side of the cover is decorated with a mother seated on a stool (one leg only visible), with a child standing in front of her. The other side is decorated with a man and woman seated on a chair with a small child beside the woman. The cover is part of C.80.34 & A-1997.

Given by G.H.W. Rylands in memory of his mother Betha Wolferstan Rylands.