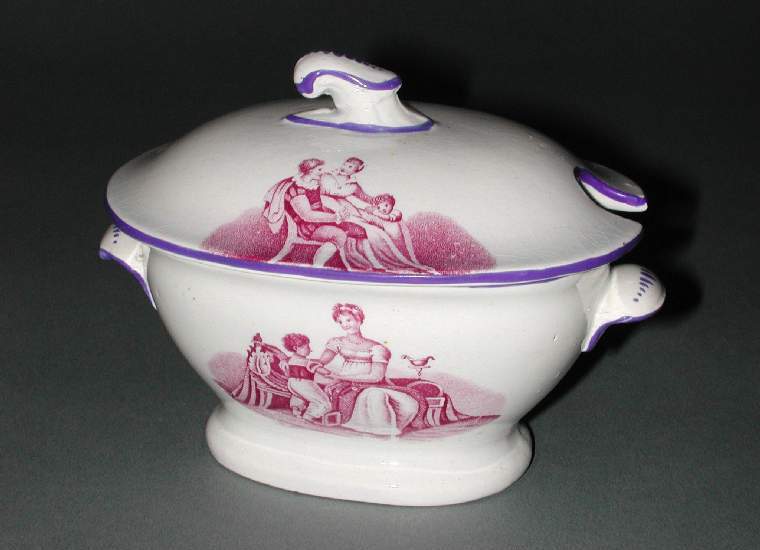 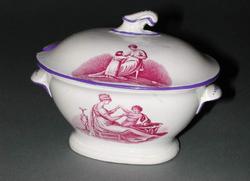 White earthenware toy dinner service oval tureen and cover, bat-printed in puce with a mother and child, man and woman.

Given by G.H.W. Rylands in memory of his mother Betha Wolferstan Rylands.