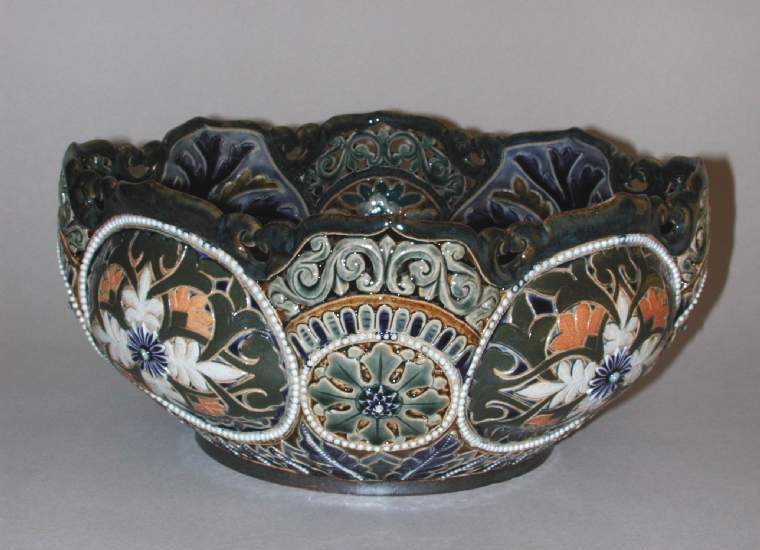 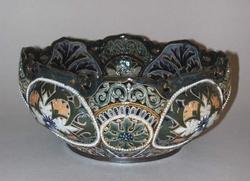 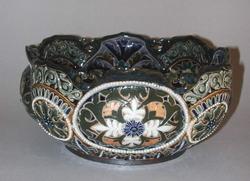 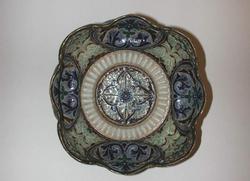 Salt-glazed stoneware bowl, with pierced, incised and applied decoration, and painted in shades of blue, green, brown, ochre and white.

Shallow bowl on a small foot. Richly decorated on the interior and exterior with incised foliate and scroll patterns, applied flowerheads and beads, coloured slips and underglaze oxide colours. There are four pierced sections towards the upper rim. The whole is salt-glazed, except for a rim around the inside base and the underside, which is flat.

Frank Butler, originally a stained glass designer, overcame deafness to design many thousands of pieces for Doulton between 1872 until 1911. This piece is typical of his work, which often includes carving or forming the wet clay vessel into shapes and is notable for its originality and invention. As John Sparkes, Head of Lambeth School of Art, found: ‘a certain massing together of floral forms and an ingenious treatment of discs, dots and interlacing lines indicate his hand’. Butler often worked with several assistants. Mary Aitken worked at Doulton from 1875-94, Bertha Evans from 1881-87, and Jane Hurst from 1881-1914; all three are listed as senior Doulton ware assistants in 1882. 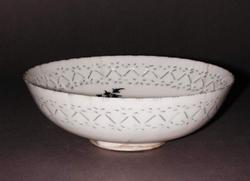 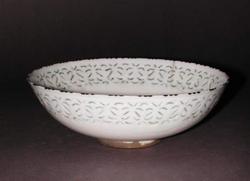 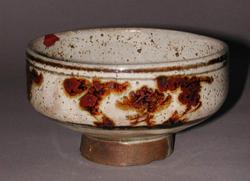