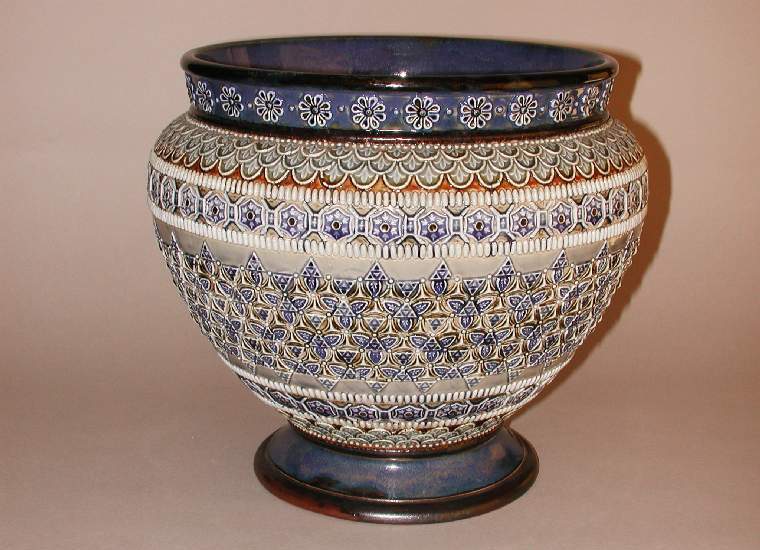 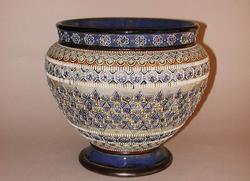 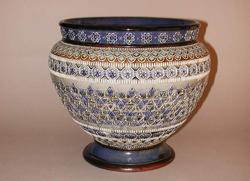 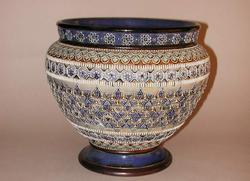 A large, thrown stoneware pot, the sides of which curve upwards and outwards in a convex curve from the base, contracting at the top into a short, cylindrical neck, which is finished with a rim, and standing on a flared foot. The sides and neck are decorated with six bands of raised, geometrical patterns which incorporate natural forms such as flowers and are separated by strips of raised, shell-like vertical forms. The body is finely painted in olive-green, grey, blue and buff, following the patterns. The neck and foot are painted in solid bands of blue and brown, and the inside of the neck in blue. The interior is unpainted below the neck, and lightly glazed. The underside of the foot is hollow, turned and unglazed.

History note: Purchased as furnishing at an unrecorded date and accessioned in 1980.

Doulton and Co, founded by John Doulton at Vauxhall, c.1815, originally specialised in utility ceramics, with some production of stoneware jugs and ornamental bottles. Henry Doulton, his son, introduced decorative stoneware at the Lambeth Art Pottery in the mid 1860s, encouraged by John Sparkes, Head of Lambeth School of Art; in all, some 400 artists were employed there, many of them Lambeth students. From 1872 the business expanded into faience and in the 1880s opened a factory at Burslem, Staffordshire, where bone china and other wares were made. In 1901, Edward VII granted the Royal warrant to the factory. Stoneware production at Lambeth reduced after 1914, and ceased in 1956.

Eliza Simmance worked for Doulton’s from 1873 until 1928. She worked with a variety of decorating techniques, often combining two or three of them in a single pot. She is particularly known for her finely incised and pate-sur-pate decoration, where several layers of slip are applied with a brush to build up a raised design. John Sparkes, Head of Lambeth School of Art, found her ‘first amongst those who have thrown their whole energy into their work […with] so many ideas to spare’, and her work ‘so eminently graceful and well drawn as to emulate […] the work of the Italian ornamentists’ (quoted in Eyre (1975), p.105). She often worked with the assistance of younger artists.

The decoration of this piece follows principles of geometric design set out by Owen Jones in his 'Grammar of Ornament', 1856, and the designs chosen may have been copied from his illustrations.

The impression 'g o' is an assistant's mark, possibly for Kate Giblin (who is listed as a senior assistant in 1882) or for Jessie Gandy (who began as a junior assistant in 1881 and stayed until 1889. Many of Doulton's artists were women, and in 1881/2 they presented an illuminated manuscript to Henry Doulton 'to take this opportunity of expressing our obligations to you for the origination of an occupation at once interesting and elevating to so large a number of our sex'. 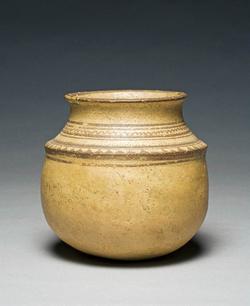 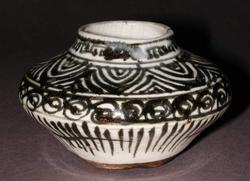 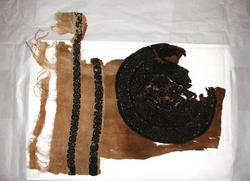 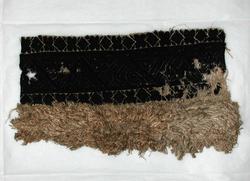