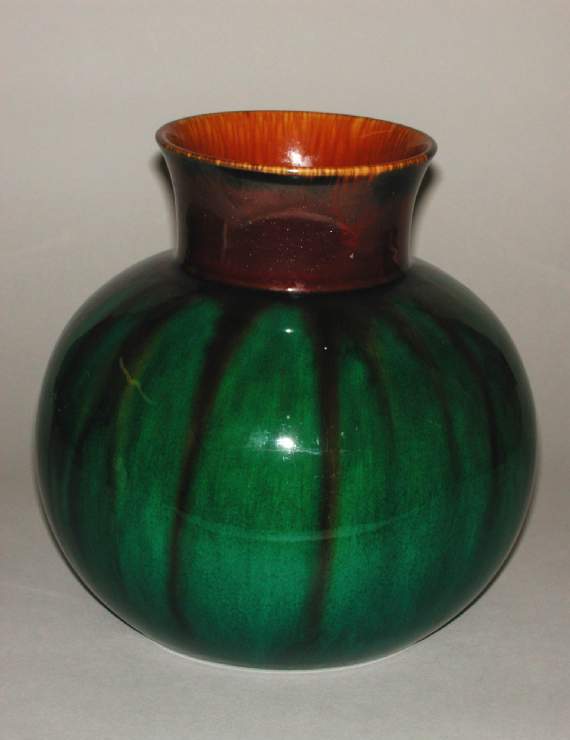 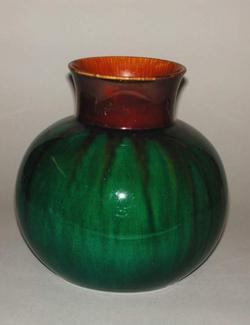 Globular vase, with cylindrical neck which flares slightly towards the rim. The body decorated with a slightly mottled, deep green glaze. The neck covered with yellow-brown and brown glaze, which has been encouraged to run down over the body at regularly-spaced intervals, giving the body an organic appearance, perhaps suggesting an artichoke. The inside of the neck and the rim are covered in yellow-brown glaze, down which the darker brown glaze has been run in closely-packed, fine lines. The interior is covered in yellow-brown, and the underside in thinly applied, mottled, green glaze.

Method of acquisition: Given (1984) by Ormerod, Doris, Miss

Christopher Dresser (1834-1904) was Art Director at Linthorpe from 1879 until 1882. He recruited Henry Tooth as the pottery’s manager, until in 1883 Tooth left to form Bretby Art Pottery, in Derbyshire. Dresser himself was not based at the pottery, but supplied designs and suggestions on form and colour. A Linthorpe prospectus, c.1880, suggests his name was as important to the pottery as his practical input and notes that Dresser’s impressed mark was included on all Linthorpe wares as ‘a guarantee of their genuineness, and of their being made in strict accordance with the principles of decorative Art’. Dresser preferred simple shapes that could be thrown on the wheel, aiming to ‘work the material in a simple and befitting manner’, such that ‘satisfactory results are bound to accrue’. Originally trained as a botanist, he maintained a strong interest in botanic design, and held professorships in both scientific and art botany. In 1879, with Charles Holme, he established Dresser & Holme, to import Japanese and oriental wares; and in 1880 he became ‘art manager’ of the Art Furnishers’ Alliance, a body established by a number of leading manufacturers to promote the manufacture and sale of ‘high class goods of artistic design’.

Linthorpe Art Pottery was set up by John Harrison in Middlesborough, in 1879, both to produce innovative art wares and to provide employment for 100 local people. The pottery initially used the same local red clay as a brickworks formerly on the same site, though later imported white clays from Cornwall. It was one of the first 19th Century potteries to use gas fired kilns and to successfully use glazes as decoration in their own right. Linthorpe supplied Liberty’s and other major outlets, but closed when Harrison died in 1889. 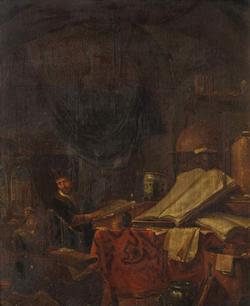 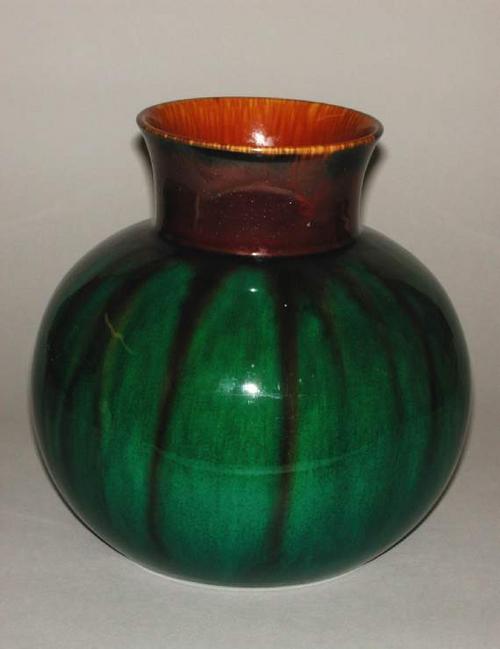