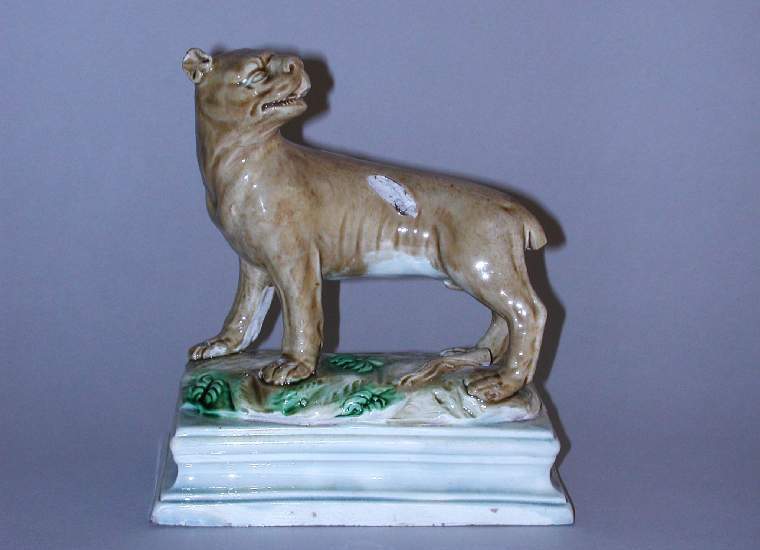 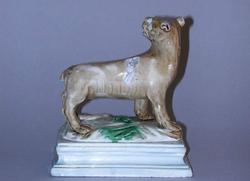 White earthenware group moulded in several parts, with modelled additions. A panther (or lioness) stands with its head turned to the left to look up at a (now missing) figure of Cupid astride its back. The panther is golden brown and its teeth are bared. It stands on a mound which is decorated with moulded and green-tinged leaves, above a pearlware (blue-tinged) rectangular plinth. The underside is open and un-glazed.

History note: Bought from Madame L’Hote-Saintoin, 62 Grande rue, Boulogne-sur-Mer by Dr. J.W.G. Glaisher, Trinity College, Cambridge. Dr Glaisher paid 15 francs for the lion on 2 June 1913 and 8 francs for the panther (already missing its rider) on 4 October 1913. According to the vendor, both pieces were from the same previous owner.

The figures are exceptionally well modelled and other examples have been found with gilding. They were probably made by Ralph Wood (1748-95) of Burslem, whose father was also a modeller and mould-maker (Ralph Wood, d. 1772). Ralph jnr. learned his trade through apprenticeship at Wedgwood, while his brother John trained at Wedgwood’s London warehouse/salerooms. Ralph was briefly in partnership with his cousin Enoch before establishing his Burslem business, which was continued after his death by his son (another Ralph). John Wood is known to have bought figures from his brother and his account book of 9 December 1785 notes the sale of ‘1 pair Lyon & Panther with cupids coloured & Gilt 4.6d’ to a Mr John Edwards.

This panther (or lioness) was originally ridden by Cupid, turned to the left and holding a telescope up to the stars in its left hand. One of pair, its companion piece has cupid on a lion holding a globe. The winged cupid represents love, and riding or subduing a ferocious lion symbolises ‘love conquers all’, while the globe and link to the heavens suggest that love knows no boundaries. 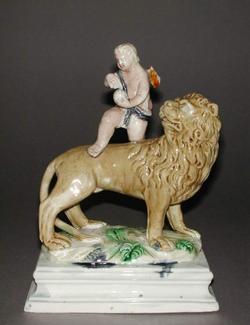 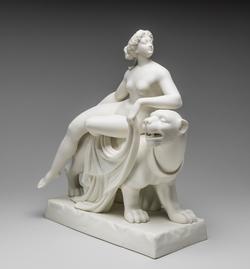 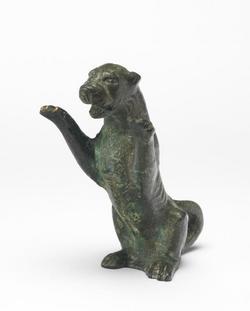 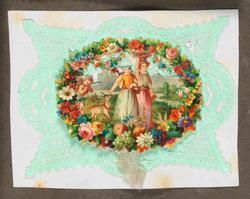 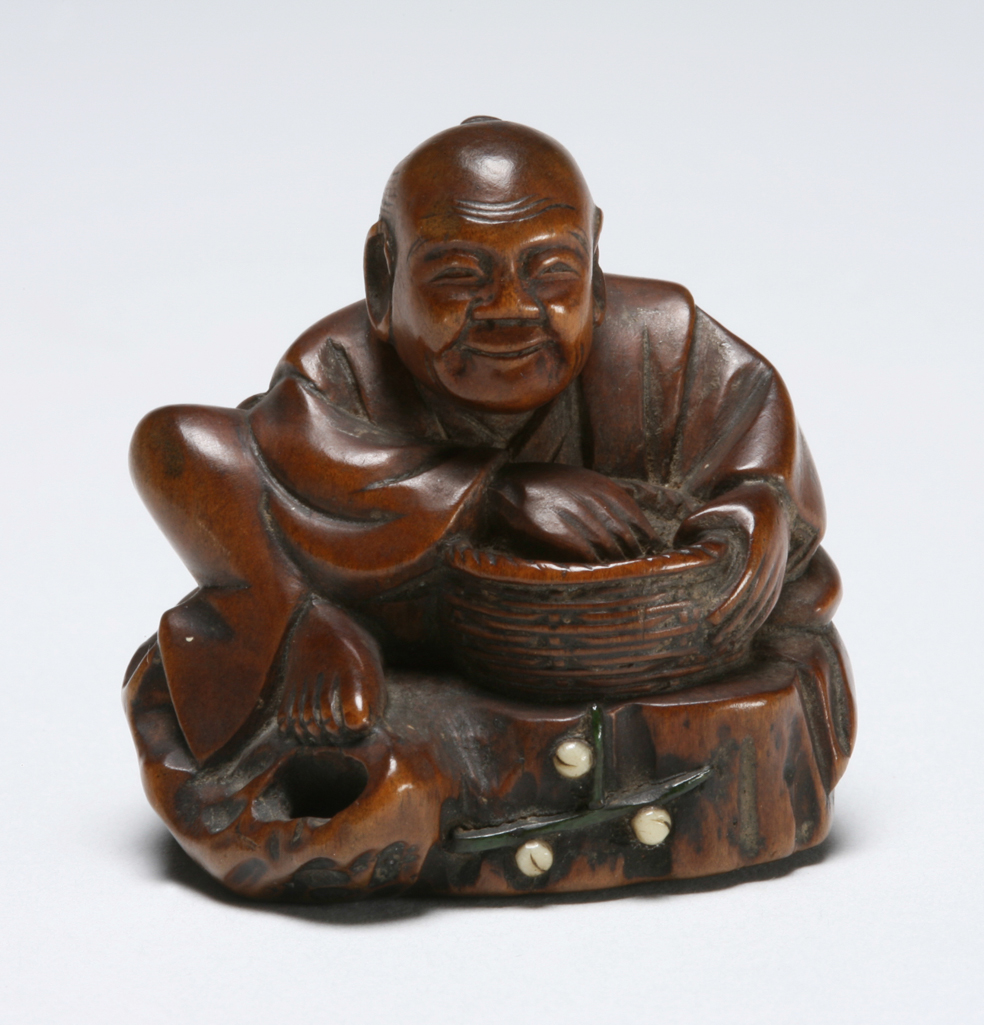 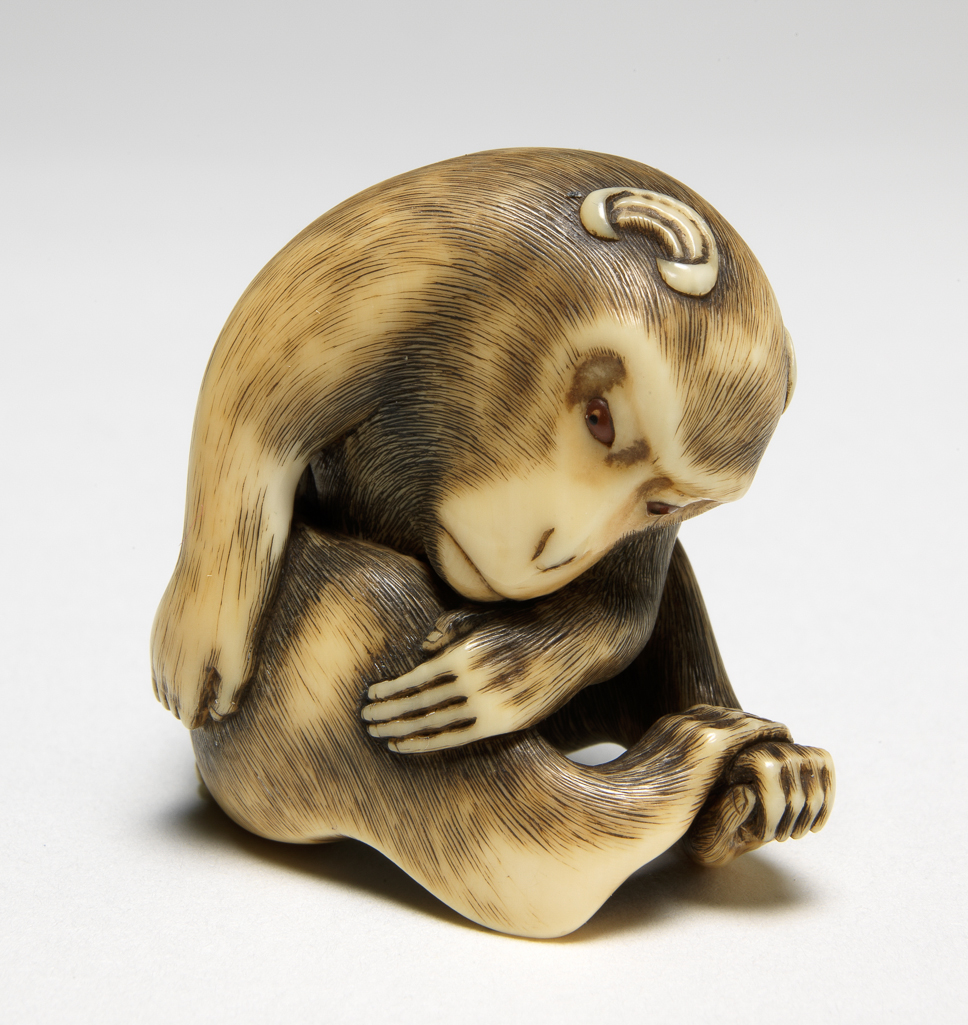