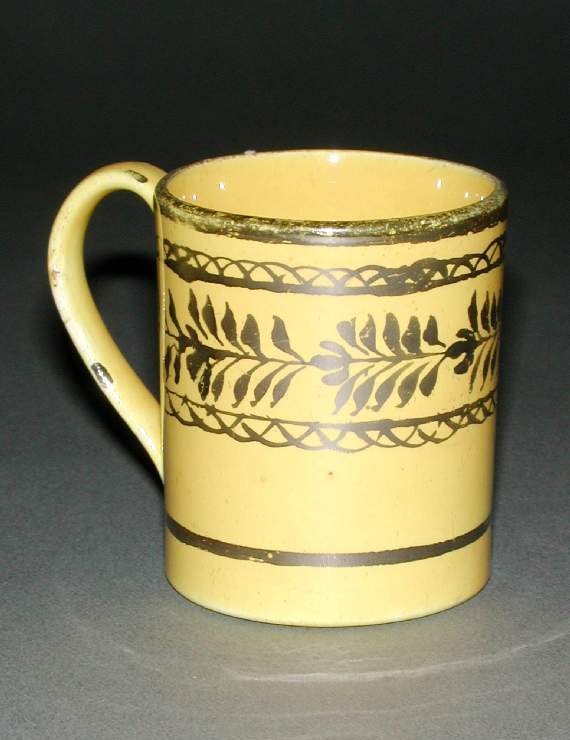 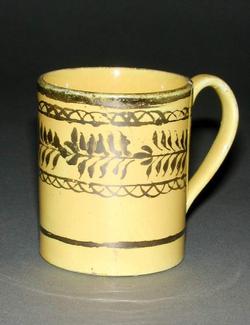 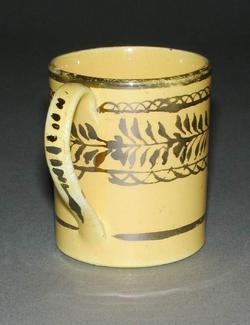 Earthenware covered with yellow lead-glaze and decorated wtih silver (platinum) lustre. Cylindrical with a recessed base and loop handle. The sides are decorated in lustre with seven horizontal sprays of leaves between rows of shallow interlacing arcading. There is a horizontal band level with the lower end of the handle and another band round the rim. Down the back of the handle there are seven horizontal strokes or splodges and a long leaf. 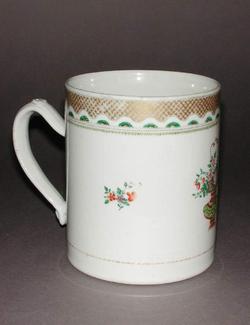 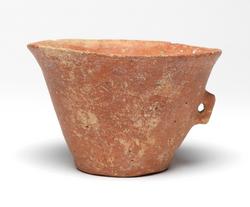 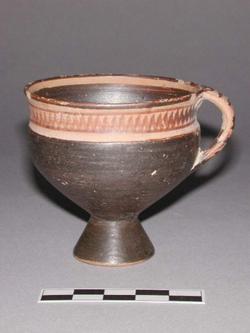 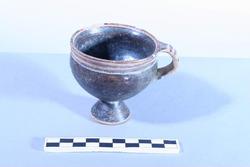