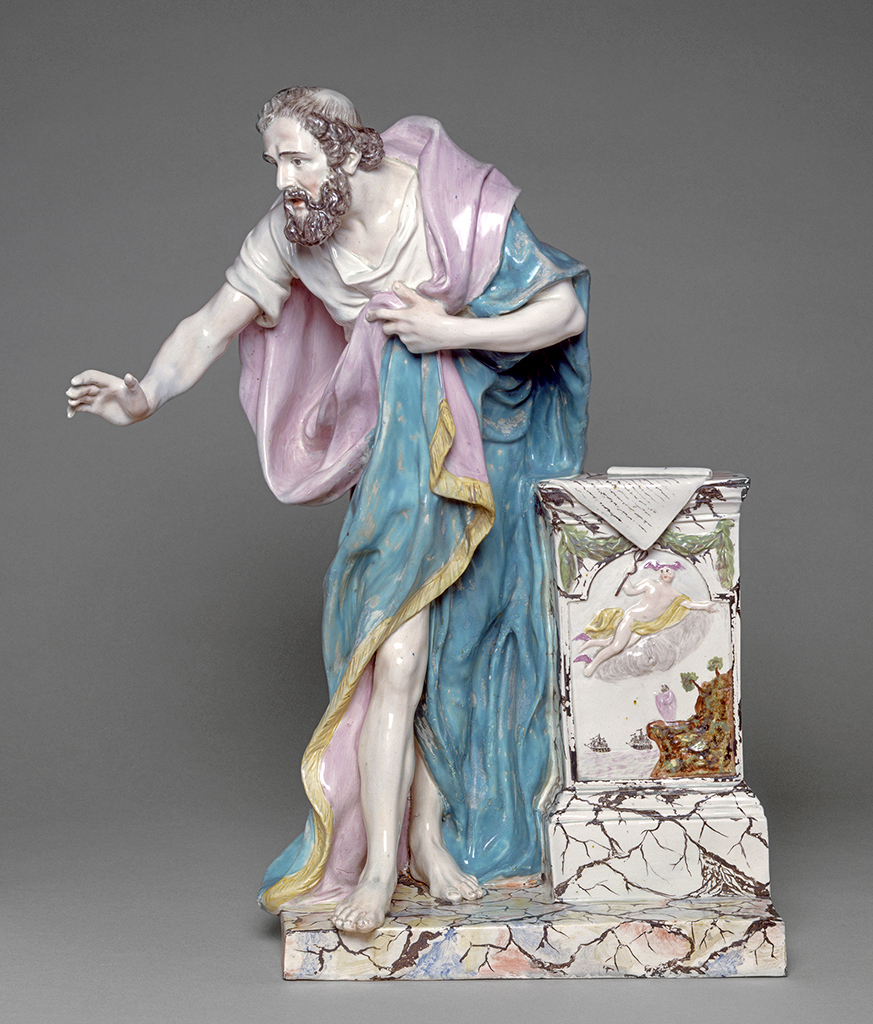 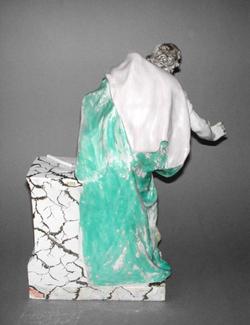 Earthenware, moulded, covered with blue-tinted lead-glaze, andpainted in blue, turquoise, pale yellow, flesh pink, pale pink, red, brown, grey, and black enamels. The shallow, straight-sided rectangular base is hollow underneath, and is painted in blue, pale red, brown, grey and black to resemble marble. Demosthenes stands on his left leg with his right advanced. He leans forward, extending his right arm and holding up his cloak up to his chest with his left hand. He has black hair and beard, and wears a white tunic and a long turquoise cloak with a pink lining and yellow fringe. On the viewer's right there is a tall pedestal veined in black to resemble marble, and decorated on the front in relief with a green swag above an arched panel enclosing a scene showing a small figure of Demosthenes standing on a rocky promontory addressing the waves, with two sailing ships in the distance, and overhead, a larger figure of Hermes/Mercury holding a caduceus with a cloud below him.

The figure in relief on the pestal is Hermes/Mercury, the messenger of the gods, who was associated with eloquence and reasoning, and therefore alludes to Demosthenes' oratorial skill.

When purchased by Dr Glaisher the figure was identified as St Paul preaching at Athens, and has also been described as 'Eloquence', but the model was after a plaster of Demosthenes by John Cheere (1709-87) of which there is an example 20 in high at Burton Constable, Yorkshire, where there is also a preliminary drawing by Cheere, and a life-size figure which do not have the pedestal on the right of the figure (see Documentation, Hall, 1970). If not from Cheere, Wood might have obtained a plaster model from Charles Harris of the Strand (d. c. 1795) whose undated 'Catalogue of Statues, Bass Reliefs, Bustos, & c.' (V. & A., National Art Library 1.37.Y) includes a figure of Demosthenes of the same size for 2 guineas, and figures of Prudence and Fortitude which might have been the modesl for Wood's figures of those subjects. A somewhat similar figure is shown representing 'Education' in George Bickham's 'The Universal Penman', London, 1743. 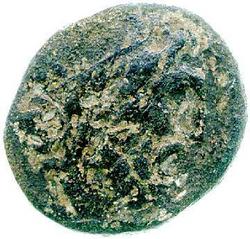 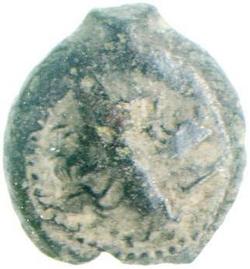 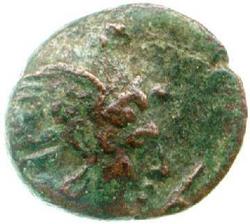 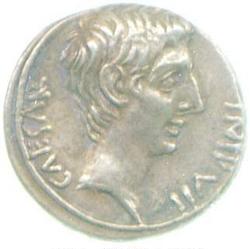