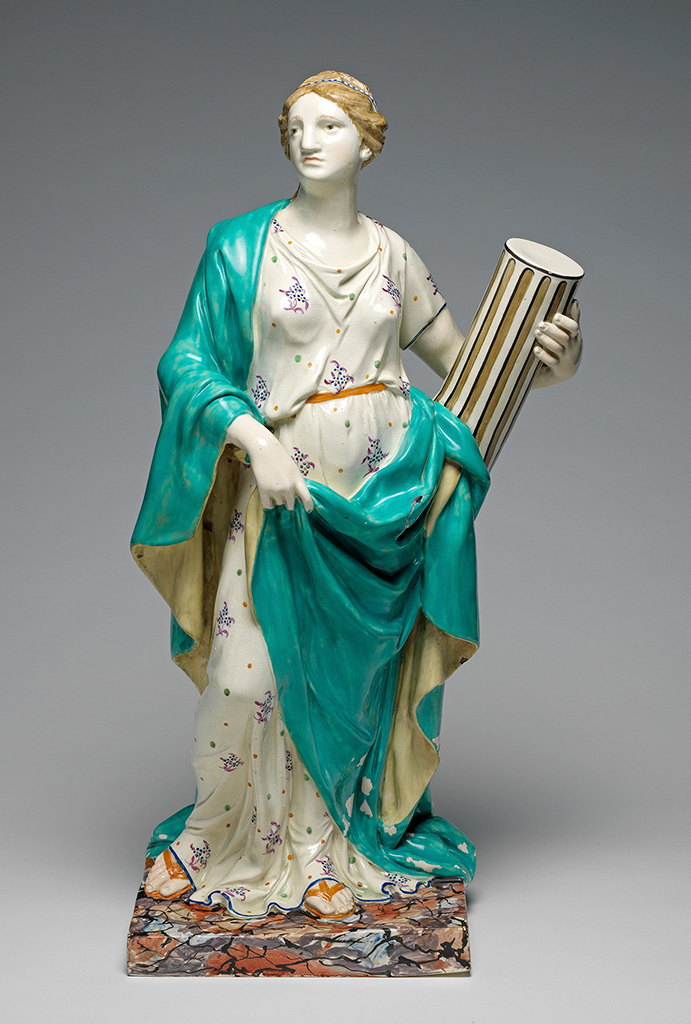 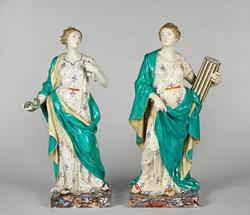 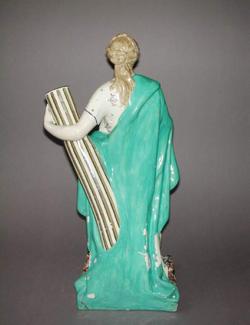 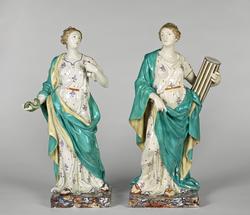 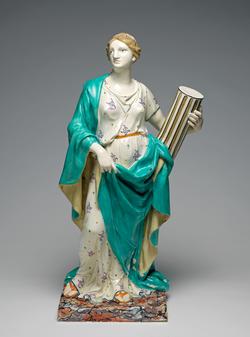 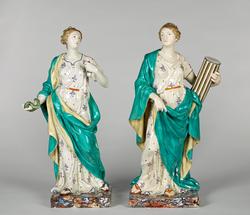 Earthenware, moulded, covered with slightly greenish lead-glaze, and painted in royal blue, turquoise, green, yellow, brownish-orange, flesh pink, pale purple, several shades of brown, and black enamels. The figure is supported on a low, straight-sided rectangular base which is hollow underneath. Fortitude has brown hair drawn back into a chignon with locks hanging down her back. Her flesh is delicately shaded in pink. She wears a blue headband, a cream dress scattered with spots and floral sprays, a turquoise cloak with a yellow lining, and brownish-orange sandals. She stands on her left leg with her left bent at the knee. Her head is turned a little to her right. She holds a large fluted column in her left hand, and holds up her cloak with her right. The base is marbled in shades of brown, blue and black to resemble marble. A pair with Prudence C.902B-1928

This figure and its companion, Prudence, are attributed to Enoch Wood's factory on the basis of a pair marked 'E. WOOD' impressed. The figures are after terracotta models dated 1743 by J. Michael Rysbrack which were intended for a monument to John Campbell, 2nd Duke of Argyll and Greenwich (d. 1743) in Westminster Abbey, but were never executed because Rysbrack lost the competition to Roubiliac. Plaster casts of the figures could have been supplied to Wood by Peter Vanina, who is known to have worked for Rysbrack and his clients, and who received a small bequest in his will. The Fitzwilliam's Wood figure of Shakespeare bears the initials PV. Alternatively casts could have been supplied by Charles Harris of the Strand (d. c. 1795) whose undated catalogue of casts includes figures of Prudence and Fortitude. (National Art Library, Victoria & Albert Museum, Box I.37.Y). The Fitzwilliam's figures could have been made before or after Wood entered into partnership with James Caldwell in 1791. 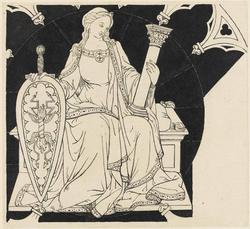 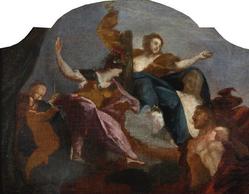 Allegory of Fortitude and Wisdom 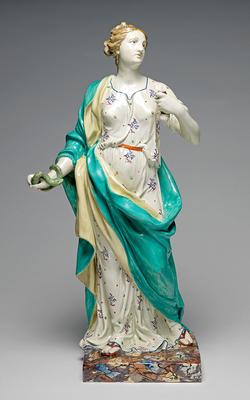 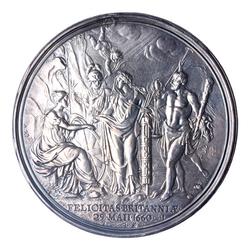