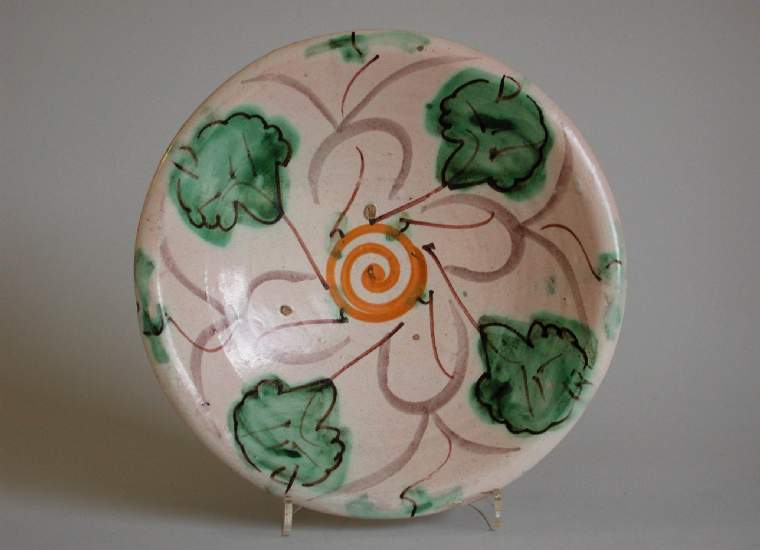 Reddish-buff earthenware (little visible), covered overall with speckly beige tin-glaze with three spur marks in the middle. Painted in dark yellow, green and manganese.Shape 67 but shallower. Circular with shallow curved sides.
A central dark yellow anti-clockwise spiral is surrounded by four vine leaves on stalks. On the rim, between the leaves, there are four dabs of green, indicating the bases of four more leaves. The background is scattered with pale manganese loops and curved lines.

Given by Sir Henry Bulwer, GCMG.

Method of acquisition: Given (1914) by Bulwer, Henry