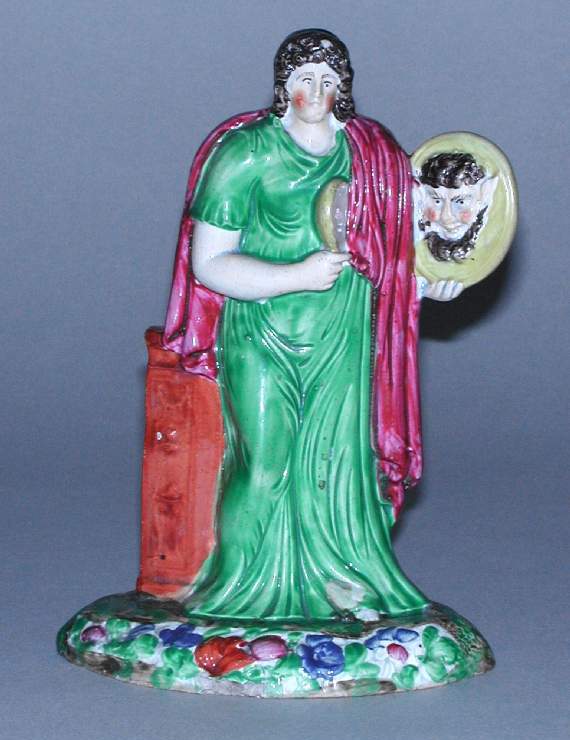 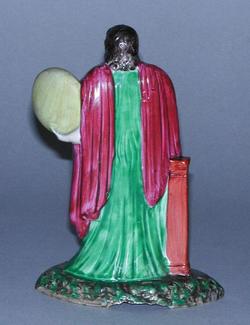 Staffordshire figure representing Comedy, standing on an oval base. A woman stands beside a pedestal and holds a circular shield in her left hand and a mirror in her right. She wears a long, flowing, short-sleeved, green gown and a red cloak draped over her left shoulder. The shield is yellow and decorated with a satyr mask, the pedestal is red-brown. The base is a pointed oval mound, moulded in relief with flowers and painted in green, blue and red. The back of the figure is flattened, but fully moulded and painted. The underside is recessed and glazed, with a central vent hole.

History note: Bought as a pair from Mr. Wordingham of Cambridge on 8 August 1925, for £4, by Dr J.W.L. Glaisher, Trinity College, Cambridge. Mr Wordingham had bought them at Wisbech. 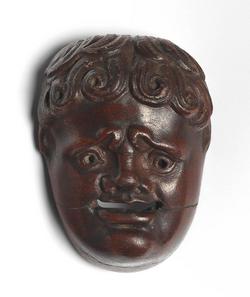 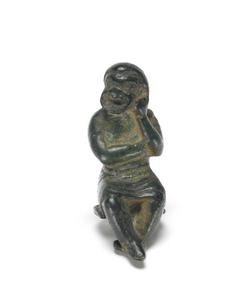 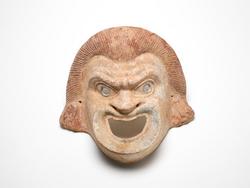