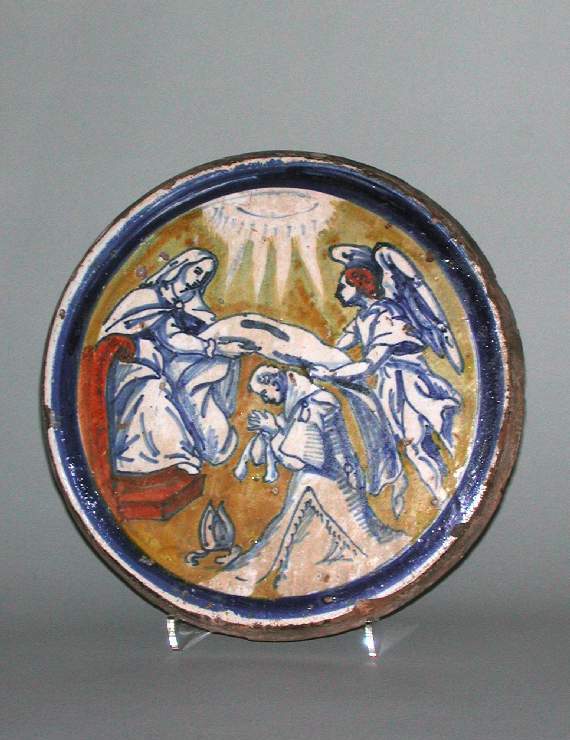 The Imposition of the Chasuble on Saint Ildefonsus

Tin-glazed earthenware painted in blue, yellow and brownish-orange with the Imposition of the Chasuble on Saint Ildefonsus (San I ldefonso) within a blue border

Buff earthenware, tin-glazed on the front, and painted in blue, yellow, and brownish-orange. Circular with a sloping edge. The Virgin enthroned on the left, and an angel hovering in the air on the right, are lowering a chasuble over Saint Ildefonsus (San Ildefonso), the Archbishop of Toledo who is kneeling with his hands together in prayer. His mitre lies on the gound in front of him. Overhead is half of the sun with beams of light streaming down over the chasuble. A wide blue border encircles the edge.

San Ildefonso (c. 606-667) was appointed Archbishop of Toledo in 657. He was renowned for his devotion to the Virgin on whom he wrote a treatise. In a vision the Virgin gave him an embroidered chasuble, which on the tile is shown being lowered over his head by the Virgin and an angel. Wall plaques similar to this were used to identify properties belonging to the Chapter of Toledo. 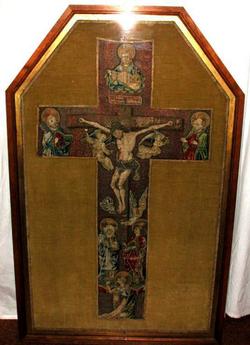 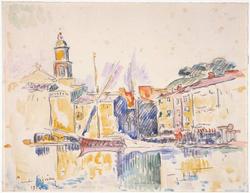 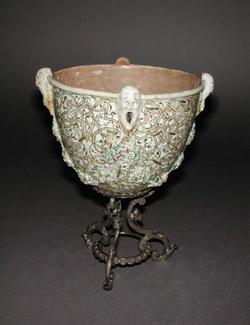 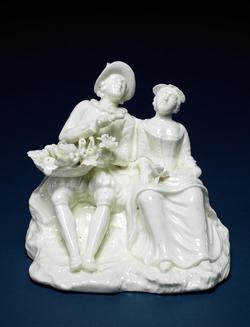 Man and woman seated on a bank 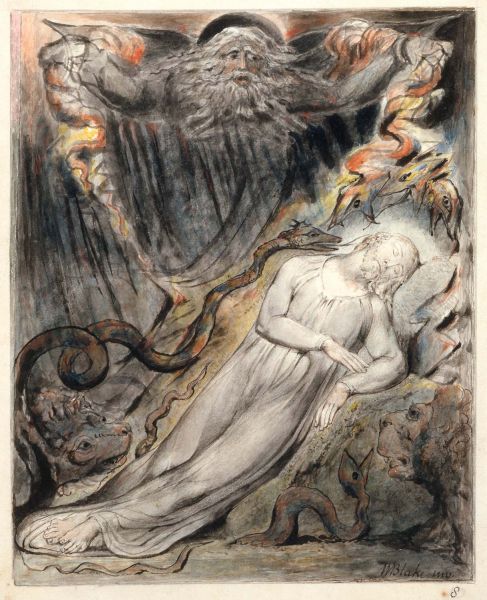 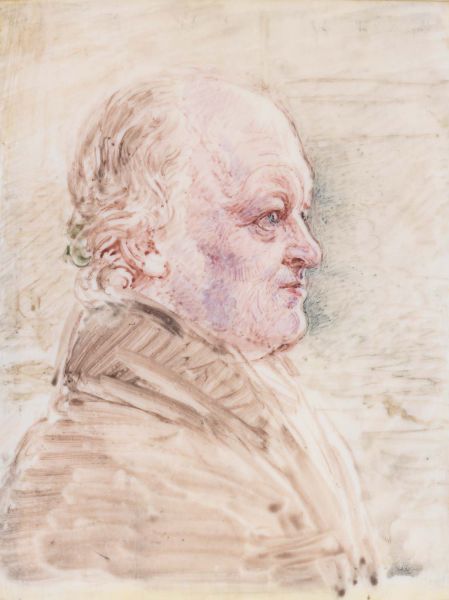