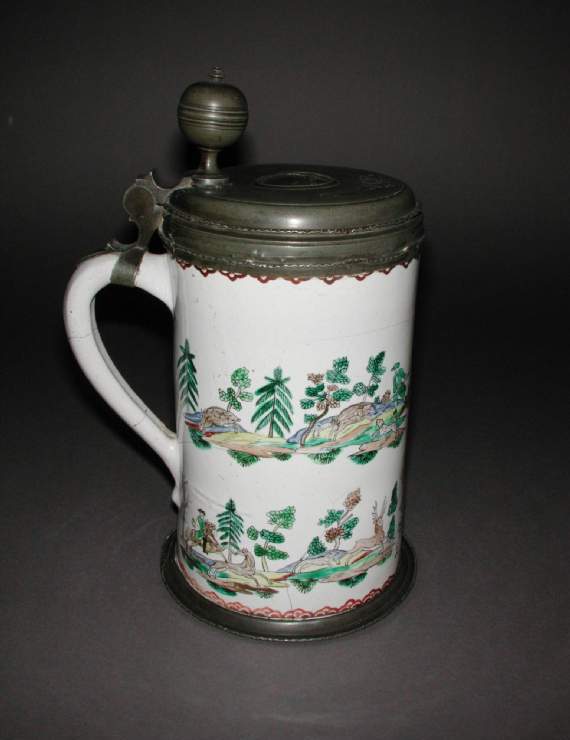 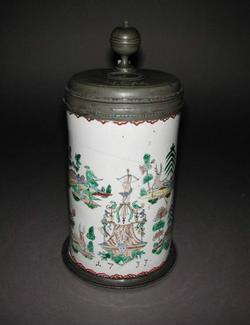 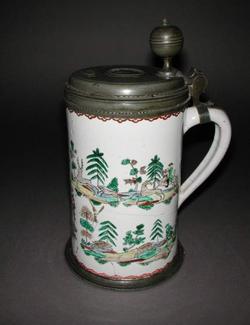 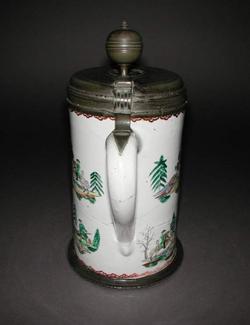 Earthenware, tin-glazed and painted in blue, green, yellow, red, brown, grey and black enamels. Cylindrical with a strap handle of D section to the top of which is attached a hinged pewter lid with a cast ball-shaped thumbpiece. There is a pewter mount round the rim of the tankard and another round its lower edge. The sides are decorated with a central hunting trophy comprising a partly draped nude figure holding a bow and arrow, a drape with a stag's head in front of it, two hunting horns, foliage and scrolls, below which is the date '1733'. On the right there is a stag-hunting scene with a boar-hunting scene below, and on the left a boar-hunting scene with a stag-hunting scene below. At the top and bottom of the sides there is a red border of groups of three semi-circles. In the middle of the cover there is an inset medallion of a Saint or cleric seated at a desk on which rests a book and a Crucifix, also the engraved inscription 'JCM/1733'.