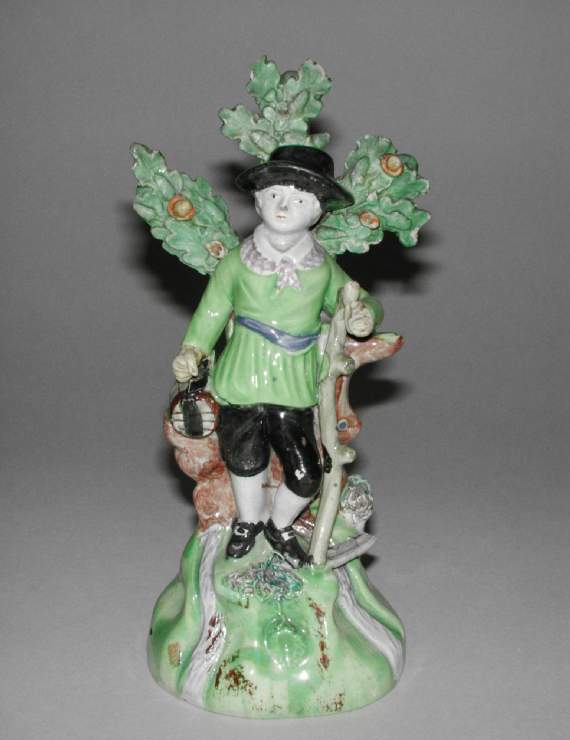 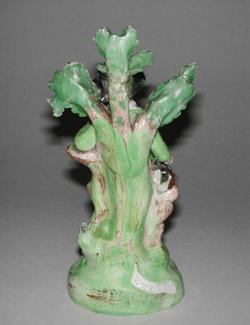 Earthenware figure carrying a small barrel in his right hand, leaning on a scythe. He stands on an irregular green mound against a tree with three branches. The man wears a black hat, pale green tunic, black knee buckles, white stockings and black shoes. The back is flattened, but shaped and painted. The underside of the base is open, showing the hollow interior.

Given by Captain W. M. Clarke

Bocage figures and groups, which feature stylised leafy trees, are particularly associated with John Walton of Burslem, who is listed in local directories from c.1818-1835. Walton made a number of versions of this figure. Other potters also made figures in this style, often copying designs and other features from each other.

Pearlware earthenware figures decorated with enamels were in production by 1780. They were generally made at smaller potteries and are rarely marked. A cheaper alternative to porcelain figures, they drew on a variety of 3-D sources, including sculpture and porcelain figures. Classical, biblical, mythological and literary subjects were popular, as were animals and representations of rural life, seasons and trades. From the early 19th Century, scenes from everyday life and topical events were also common. These early figures are moulded, perhaps with moulded or modelled parts added, the bases often formed separately. After around 1810-1820, bocage (stylised foliage) is common and figures are often more vibrantly coloured. By c.1835, these early methods had largely given way to three-part press-moulding, which enabled cheaper, mass production of figures for a growing market. 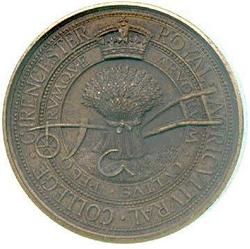 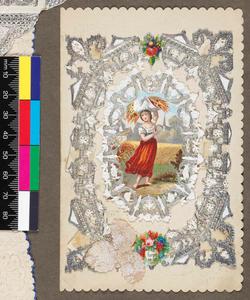 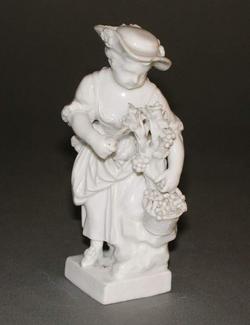 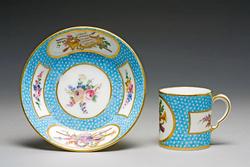