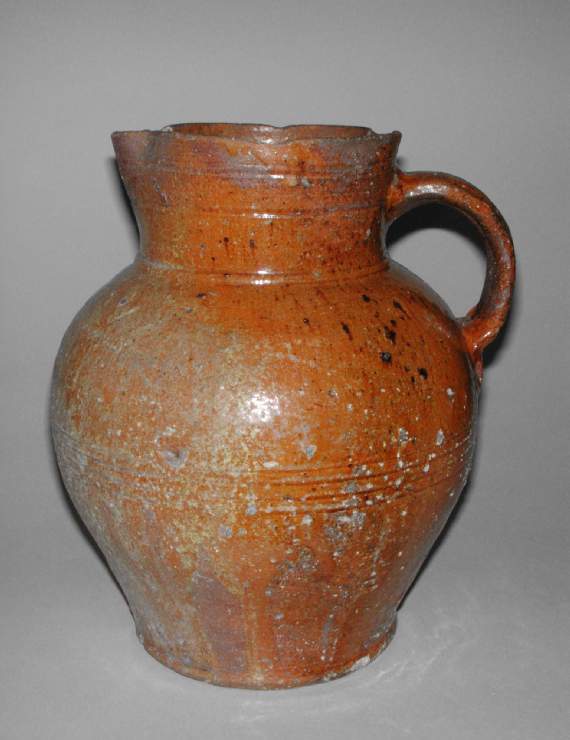 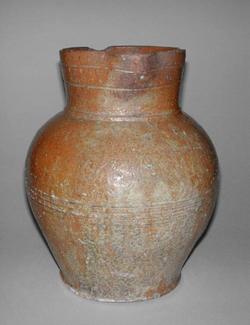 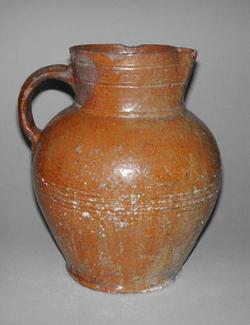 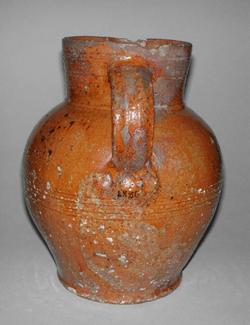 Red earthenware, the front smeared with white clay with incised and impressed decoration under yellow lead glaze flecked with dark brown. Pear-shaped body with reeding round the middle. Wide neck pinched into a lip in front, and a loop handle with longitudianal ridge, and three thumb impressions at the base. Incised on the front is the name and date 'Henry Paton (?) Ely July (?) 18 1836'. Impressed, to the right, is the mark 'M LUCAS ELY'.

The name on the jug is indistinct and was read by Dr Glaisher as Henry Parsons, and by Rackham (1935), as Paton. There was a local boatwright named Henry Parsons, whose wife, Mary, was recorded as in conflict with Mary Lucas's competitor, Robert Sibley. In 1840 Mary Parsons was charged with trespassing in Sibley's garden and damaging his potatoes.