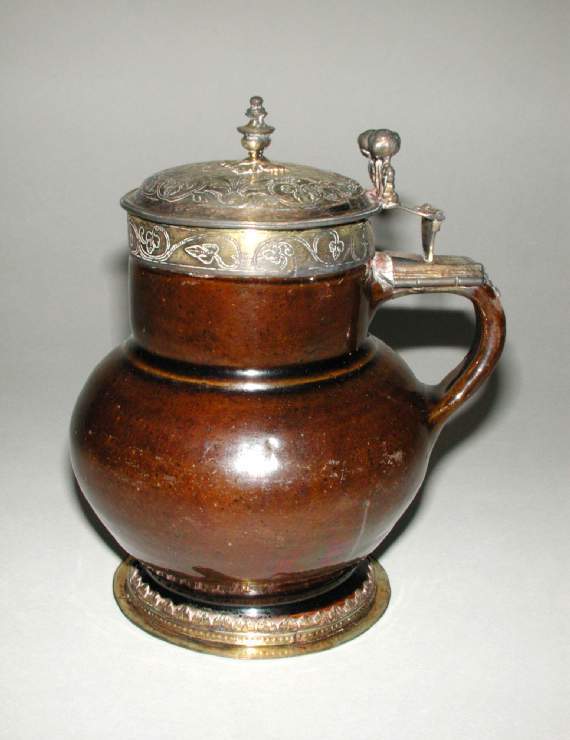 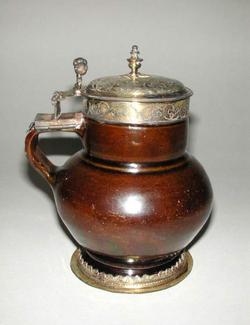 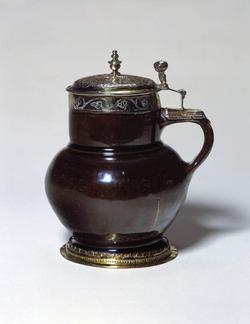 Red earthenware, thrown, with treacly-brown lead-glaze, the mount on the neck, and cover of silver-gilt with engraved decoration. The pot has a bulbous body with a projecting foot, a short cylindrical neck, and an applied loop handle. Round the foot it has a toothed silver-gilt mount with a projecting flat border. The base is incised with a cross with W and N beside it

Between about 1530-90 there was a fashion for pottery drinking vessels with silver-gilt or silver mounts and covers. It began in Court circles and spread gradually to the country gentry, prosperous yeomen and merchants. In 1558 Etienne Perlin noted in his 'Description of England' that the English drank great quantities of beer, not 'out of glasses, but from earthern pots with silver handles and covers, and this even in houses of persons of middling fortune'. Most of these pots are of brown salt-glazed stoneware from the Rhineland or coloured tin-glazed earthenware from the Low Countries. Their silver covers and mounts which protected the edges and gave them a more luxurious appearance, were made in London or a few other towns, such as Exeter and Norwich. Brightly coloured Isnik pottery jugs imported from Turkey were also treated in this way (see M.16.-1948). Mounted lead-glazed earthenware pots, which were probably made in England, are less common. This example shows the squat, short-necked form popular during the mid-sixteenth century. A taller pot in the Victoria and Albert Museum has mounts with London hallmarks for 1546-47.

No marker's or hallmarks on the silver 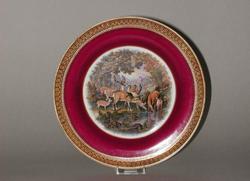 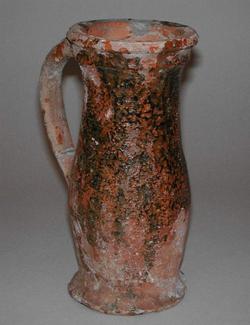 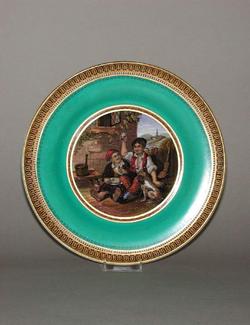 The Queen, God Bless Her 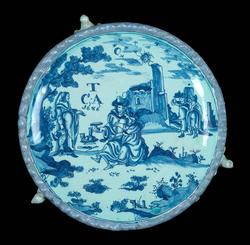