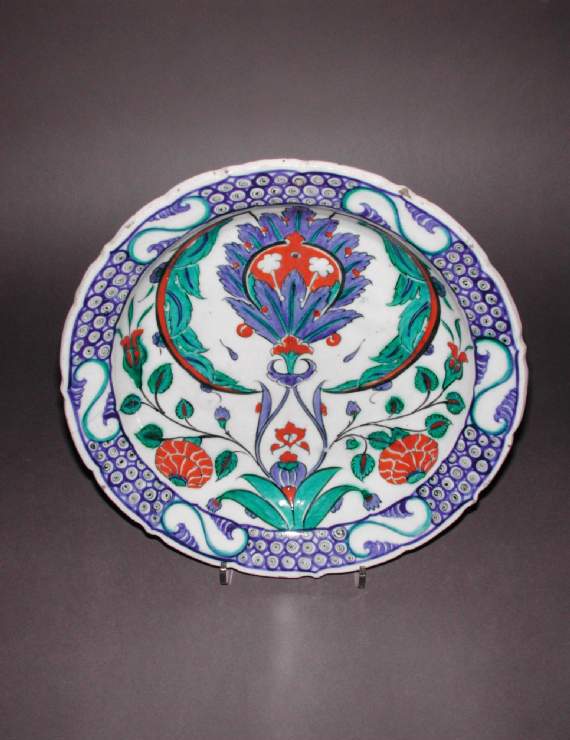 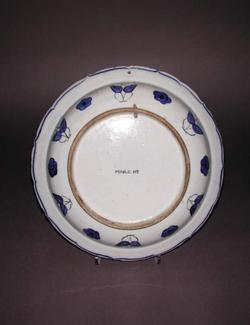 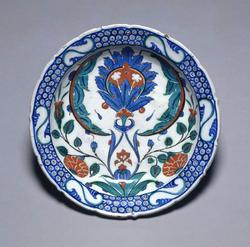 Fritware, mould made, painted in blue, red and turquoise/emerald green under a pitted colourless glaze
Shape: segmental bowl with a foliated flange rim, sits on a low, wide foot ring
Interior: on the rim a blue and black rock wave pattern is interspersed with blue and green split palmette ‘S’ shaped scrolls. On the body a palmette, clasped with an agrafe, form the central point of a polychrome floral scroll further comprising two arching saz leaves framed by carnations and tulips. A small heart shaped arabesque is painted on the bud from which the palmette emerges.
Exterior: below the rim a blue bracketed line. On the body paired blue tulips alternate with rosettes in green and blue. Glaze covers the surface except for the rim of the foot ring.

colourless, covers the surface except for the rim of the foot ring Glaze Fritware