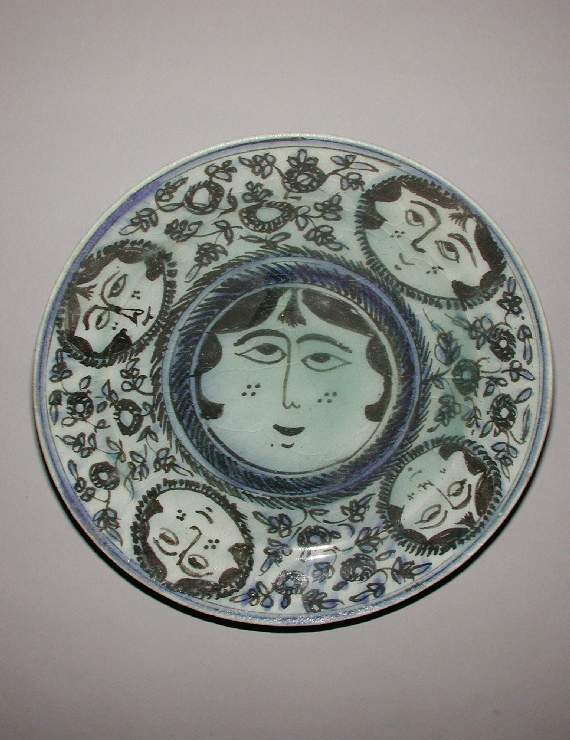 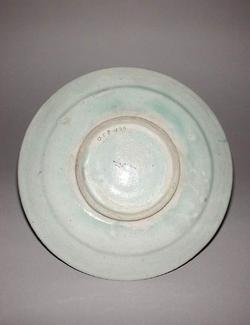 Fritware, probably moulded, painted in black and blue under a clear glaze.
Shape: plain rim on a slightly carinated body, sits on a low wide foot ring.
Interior: the rim is painted with a blue band, outlined in black. On the body a frieze of four human faces with black features are separated by roughly drawn black floral sprays highlighted with blue. In the roundel another face, similar to those on the body, is painted in black and surrounded by blue bands and black diagonal lines. Glaze is pooled slightly on the interior.
Exterior: glaze runs unevenly over the surface, terminating on the lower body. The underside of the foot ring is glazed.

Given by St. John Hope, Lady

Moulding : Fritware, probably moulded, painted in black and blue under a clear glaze

Inscription present: inscription in black ink on the underside of the foot ring, worn away and illegible