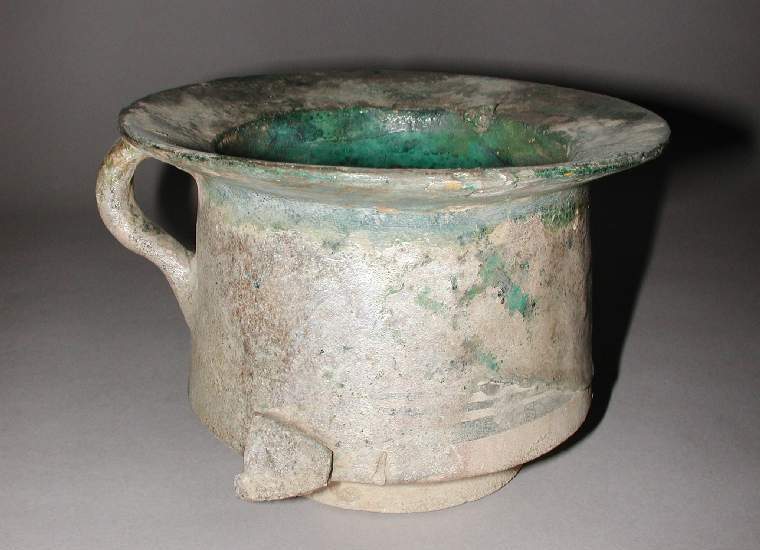 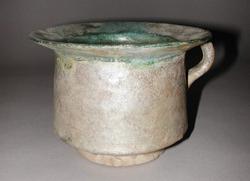 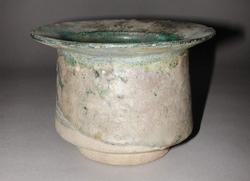 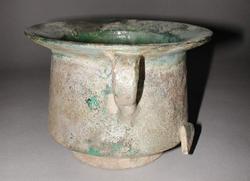 Fritware painted in black under a turquoise glaze

Buff fritware, probably wheel thrown, painted in black under a turquoise glaze
Shape: everted, ledge rim on a body with straight sides descending via a carination onto a low, wide foot ring. A strap handle is attached to the rim and to a mid point on the body.
Exterior: painted in black lines under a turquoise glaze that runs over the surface to a point just above or on the carination. Thin spots of glaze are present on the under side of the foot ring. A fragment of another pot is adhered to the lower body due to poor firing conditions.
Interior: covered with turquoise glaze, no other decoration visible.