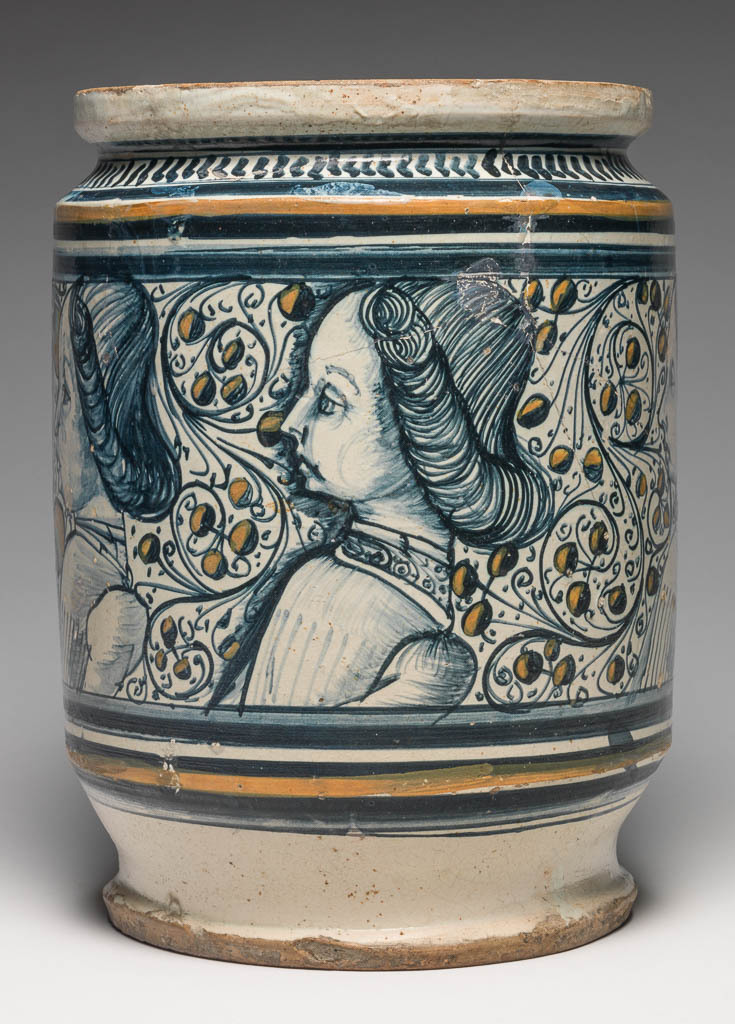 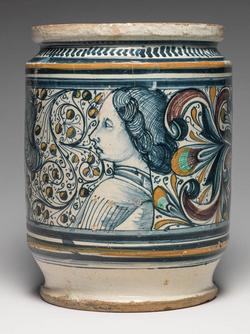 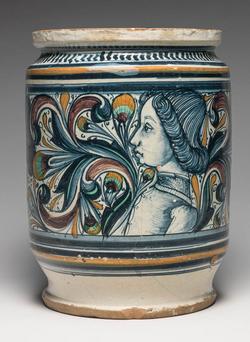 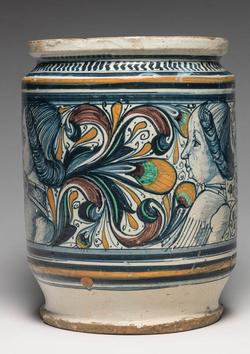 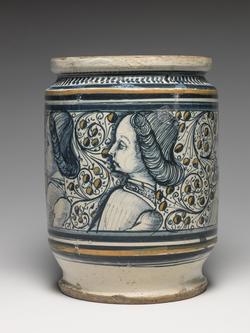 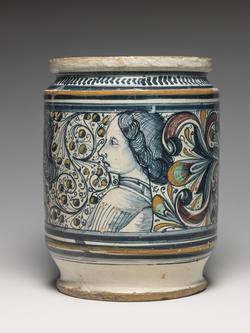 Buff earthenware, tin-glazed on the exterior and very thinly on the interior; base unglazed. Painted in dark blue, green, dark yellow, and manganese-purple. Broad albarello form with straight sides. Round the middle are four busts of boys wearing contemporary costume face in profile to left. One is flanked by gothic foliage and peacock's feather eye motifs, the others by scrolling foliage bearing parti-coloured fruits against a dotted background. Above and below there is a wide blue band and a dark yellow band between two blue; and on the shoulder, a row of blue chevrons with a blue band above.

Throwing : Buff earthenware, tin-glazed on the exterior and very thinly on the interior; base unglazed. Painted in dark blue, green, dark yellow, and manganese-purple.
Tin-glazing 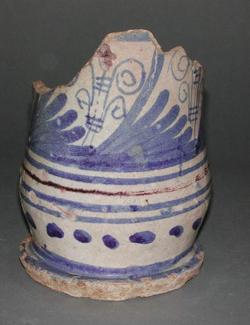 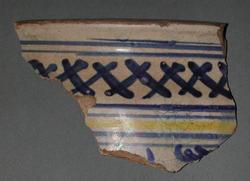 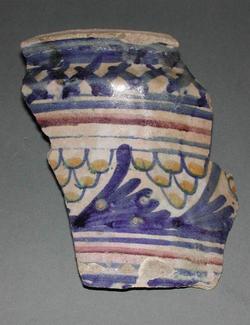 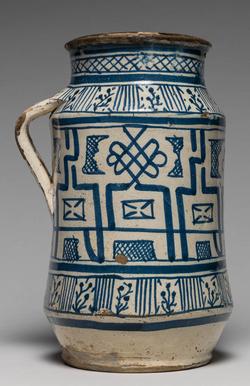