The Annunciation to the Shepherds and the Adoration of the Magi: C.2180-1928 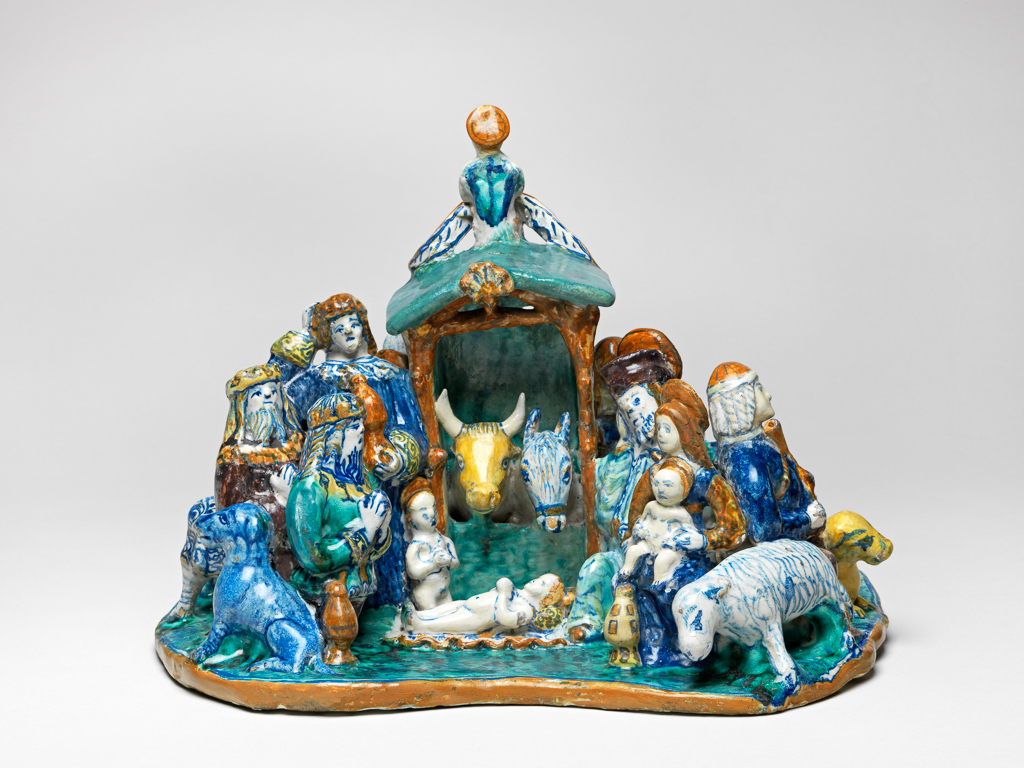 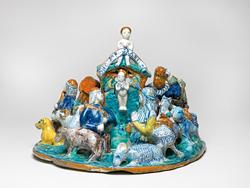 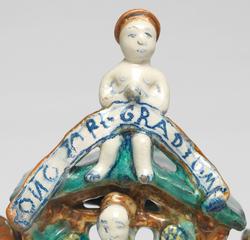 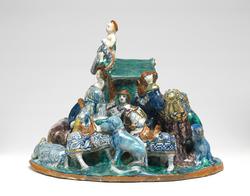 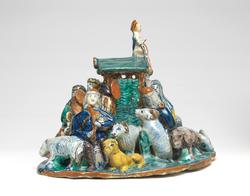 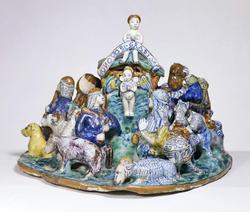 The Annunciation to the Shepherds and the Adoration of the Magi

Earthenware, modelled in the round with Annunciation to the Shepherds and the Adoration of the Magi, tin-glazed and painted in polychrome

Buff earthenware, tin-glazed on all the upper surfaces and on the edges of the base. Painted in dark blue, turquoise-green, yellow, orange, and manganese-purple. The groups of figures and animals are modelled in the round on an irregularly shaped base. In the middle is a wattled stall occupied by an ox and an ass. The infant Christ lies on a wavy-edged cloth in front of it, and the infant St John the Baptist kneels at His feet. Further to the left are the three Kings, one standing and two kneeling, accompanied by a dog, who is facing away from Christ. On the right, Joseph kneels behind the Virgin who sits with the infant Christ on her lap. There is a vessel by her feet and, to the right, a sheep. Behind the Virgin, a shepherd holding bagpipes is accompanied by a recumbent dog and two sheep, one resting its forelegs on the back of the other. Behind the three Kings is an attendant with two gaily harnessed horses and a dog. On the other side, on the apex of the gable of the stall is a cherub holding a scroll inscribed ONO VOBI. GRADIO.M', and on the wall below is a small angel. On each side there is a kneeling shepherd and a sheep.

Formerly attributed doubtfully to Faenza. But in view of inkstands with comparable figures inscribed by the maker as being IOHANES NICHOLAI DEMANZONIBVS DECOLLE or ACOLLE, and the finding of a MS confirming that the Manzoni family had a pottery in Colle Val d'Elsa (1530) it seems more likely to have been made there than, or elsewhere in Tuscany than in Faenza, and probably in the same workshop. See Wilson and Sani, 2007. Many of the figures and animals have been damaged, probably as a result of handling, and it has undergone considerable restoration.

Label text from the exhibition ‘Madonnas and Miracles: The Holy Home in Renaissance Italy’, on display at The Fitzwilliam Museum from 7 March until 4 June 2017: Designed to be seen in the round, this engaging maiolica group depicts two Christmas scenes simultaneously: on the back, a hovering angel announces Christ’s birth to the shepherds, while the front shows the Adoration of the Magi. The baby Christ appears twice – on his mother’s lap and on the ground. The colourful figures and animals would, no doubt, have appealed to the children of the household.

Zusanna Sarnecka has pointed (see Documentation, Madonnas and Miracles, 2017, and The Allure of Glazed Terracotta . . 2021) that the partly missing inscription on the scroll would probably have been 'Dono vobi[s] gradiom [sic]' (I give you grace), possibly referring to the ending of St Paul's first epistle to the Corinthians, 'Gratia Domini Iesu vobiscum' (The grace of our Lord Jesus Christ be with you, I Corinthians, 16.23).

{{cite web|url=https://data.fitzmuseum.cam.ac.uk/id/object/80700 |title=The Annunciation to the Shepherds and the Adoration of the Magi |author=The Fitzwilliam Museum|accessdate=2022-11-29 14:24:10|publisher=The University of Cambridge}} 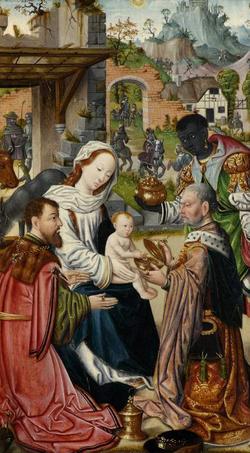 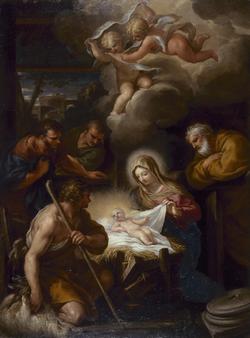 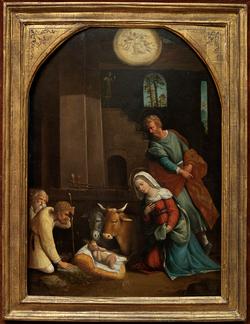 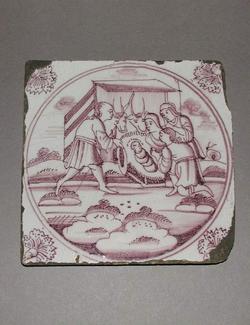 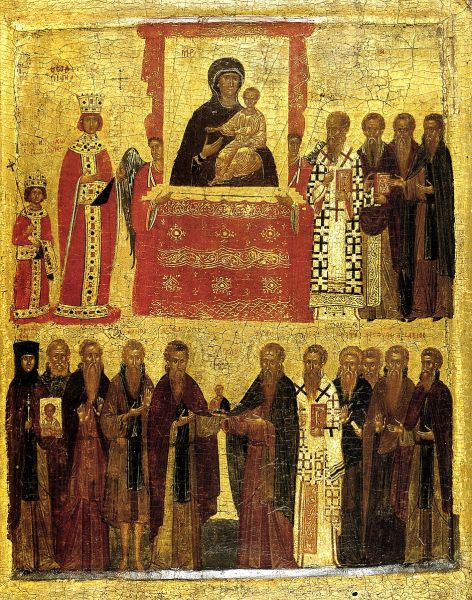