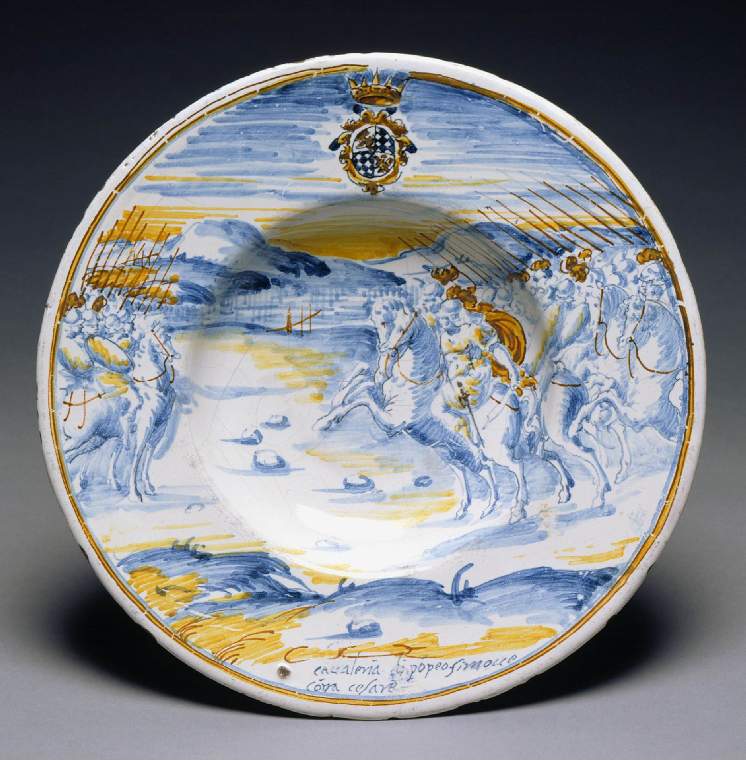 Renaissance maiolica broad-rimmed bowl, painted in blue, yellow and orange with A Battle between Caesar and Pompey.

Earthenware, tin-glazed overall. Painted in blue, yellow, and orange. Shape approximately 59. Circular with broad sloping rim and deep well.
A Battle between Caesar and Pompey. Troops of cavalry are drawn up on the right and left, the former moving forward to attack. Above, there is an oval shield charged with the arms of the Wittelsbach Dukes of Bavaria below a coronet. At the bottom of the rim is an inscription: `cavaleria di popeo simoue/cotra cesare' (Cavalry of Pompey advances against Caesar). A narrow blue band and a yellow band between two orange encircle the rim. The base is marked in brownish-orange `.DO.PI .'.

Inscription present: .DO with line over O .PI with circumflex over I followed by short dash 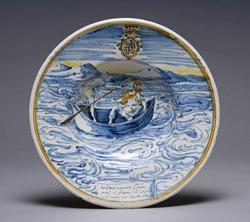 Caesar crossing a river in a boat 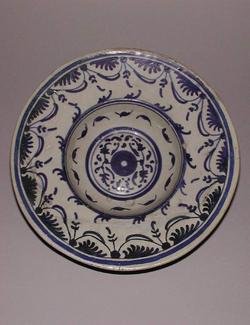 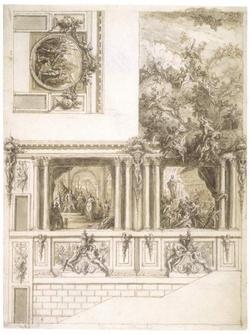 Study for a staircase decoration 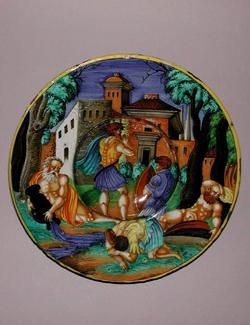 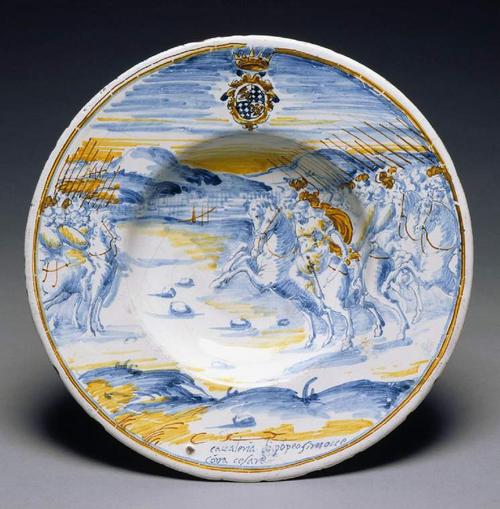