Figure. Soft-paste porcelain, slip cast, but heavy, and lead-glazed. The underside is unglazed and has a circular ventilation hole near the back. The figure stands on a square, straight-sided base in front of a large tree trunk dividing into two branches bearing applied flowers and leaves, one projecting on the left of the figure and the other, dividing again into two, projecting on the right. The goddess stands on her right leg with the left relaxed behind her. She leans back slightly and looks at a flaming heart held up in her right hand. Her left hand is by her side, and originally held something. She has long hair drawn into a bunch at the back and divided into tresses which fall down onto her shoulders. She wears an off-the-shoulder dress held on by a strap over her left shoulder, a drape around her left arm and hips which extends down to the ground behind her. There is an applied flower and three leaves to the viewer's left of her feet; three flowers and six leaves in the middle of the base, and one flower and four leaves at the back of the base on the right. 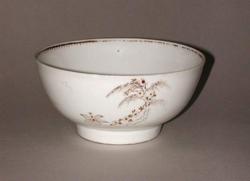 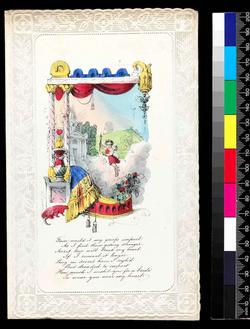 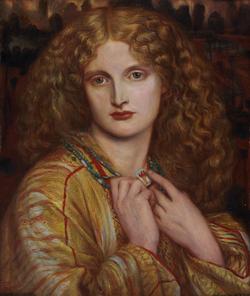 The flaming heart, after Rossetti 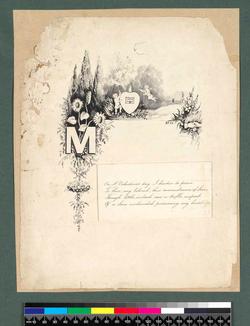