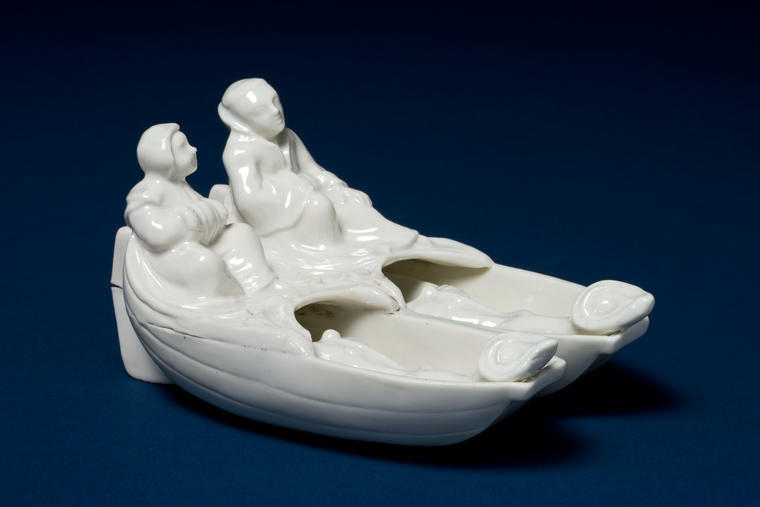 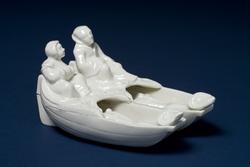 Soft-paste porcelain container for condiments in the form of two boats, with a white glaze, accompanied by two spoons.

Soft-paste porcelain, moulded, and covered with white, slightly opacified glaze, except for an irregular strip on each base. In the shape of two blunt-nosed boats with rudders, joined along one side. The stern end of each boat is covered and on one there is a seated monk with his cowell drawn back to reveal his tonsure, and on the other a seated woman, probably a nun, with her hands in a muff. The spoons (A & B) have an oval leaf-shaped bowl, moulded on the back with veins and two small leaves branching from the branch which forms the handle. The latter curves upwards slightly and is cut off diagonally at the upper end, so that it resembles a pointed ear.

Method of acquisition: Given (1948-10) by Clarke, Louis Colville Gray

The attribution is uncertain. The object was accessioned as Mennecy, but an unidentified note on its catalogue slip noted that the terminals of the spoons resembled that with a covered bowl and stand in the Victoria and Albert Museum, marked 'B R' and attributed to Bourg-la-Reine. See Documentation, Honey, 1950. The slightly opacified glaze, may indicate the presence of tin-oxide, in which case, it may have been made at Chantilly, to which examples in the MaryLou Boone Collection, in the Los Angeles County Museum of Art, and another with two spoons, formerly in the collection of Lady Cynthia Postan have been attributed and dated about 1750-55. See Documentation, 2004 and 2015.

The object was accessioned as a sauce boat. It has been suggested that it could have beeen used for condiments such as pepper, but spooning out pepper even in this small spoon would surely have resulted in sneezing? Salt seems more likely or small portions of sauce.

possibly containing tin-oxide, and omitting a strip down the centre of each base Lead-glaze
Soft-paste porcelain

Moulding : Soft-paste porcelain, moulded and covered with white, slightly opacified glaze, except for an irregular strip down the centre of each base
Lead-glazing 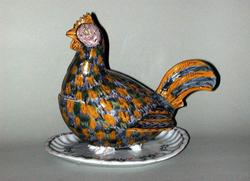 Sauce boat in the form of a hen 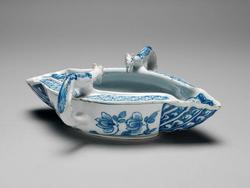 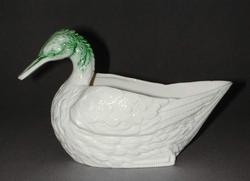 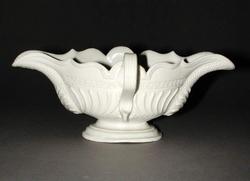 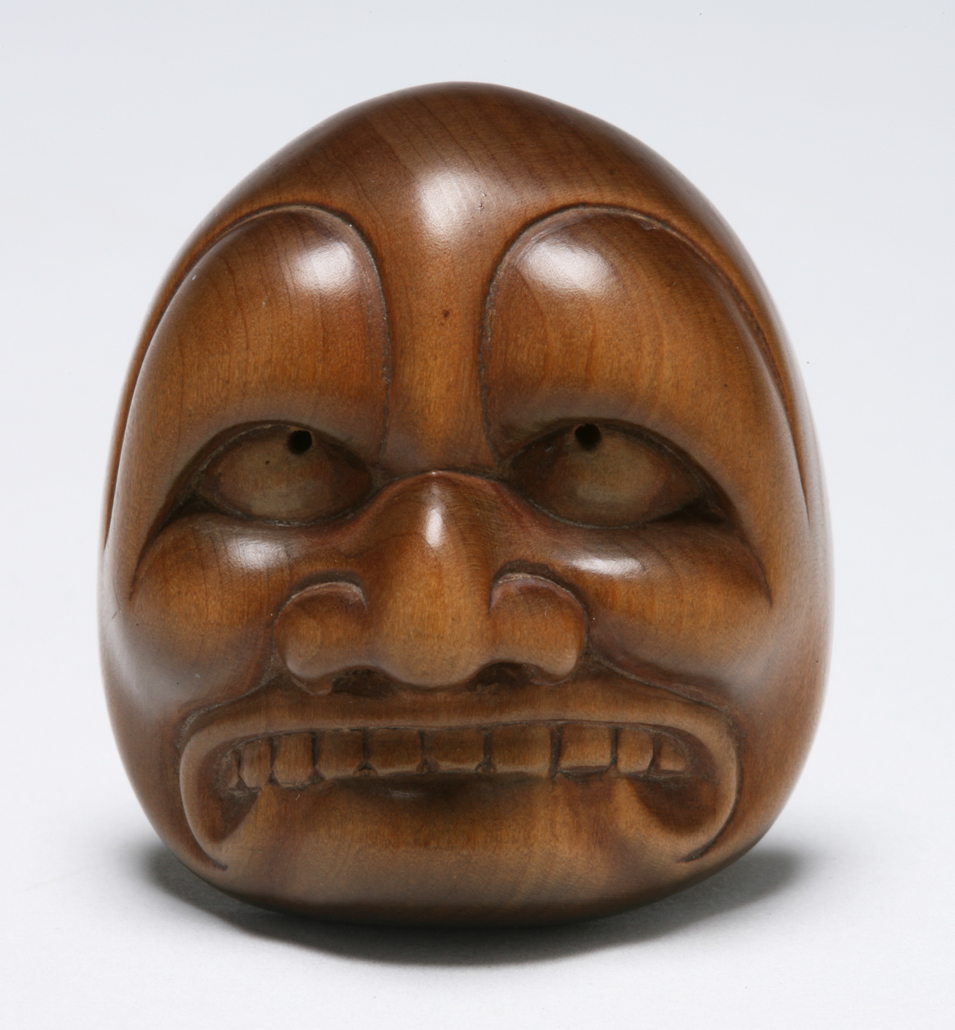 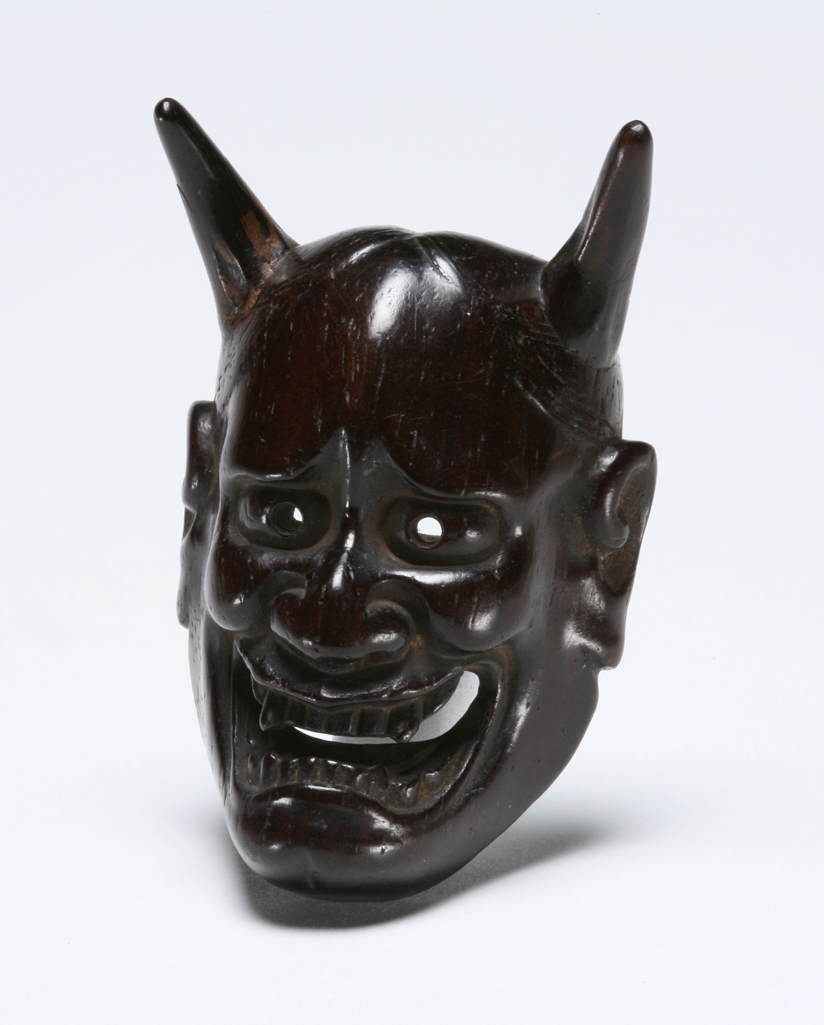 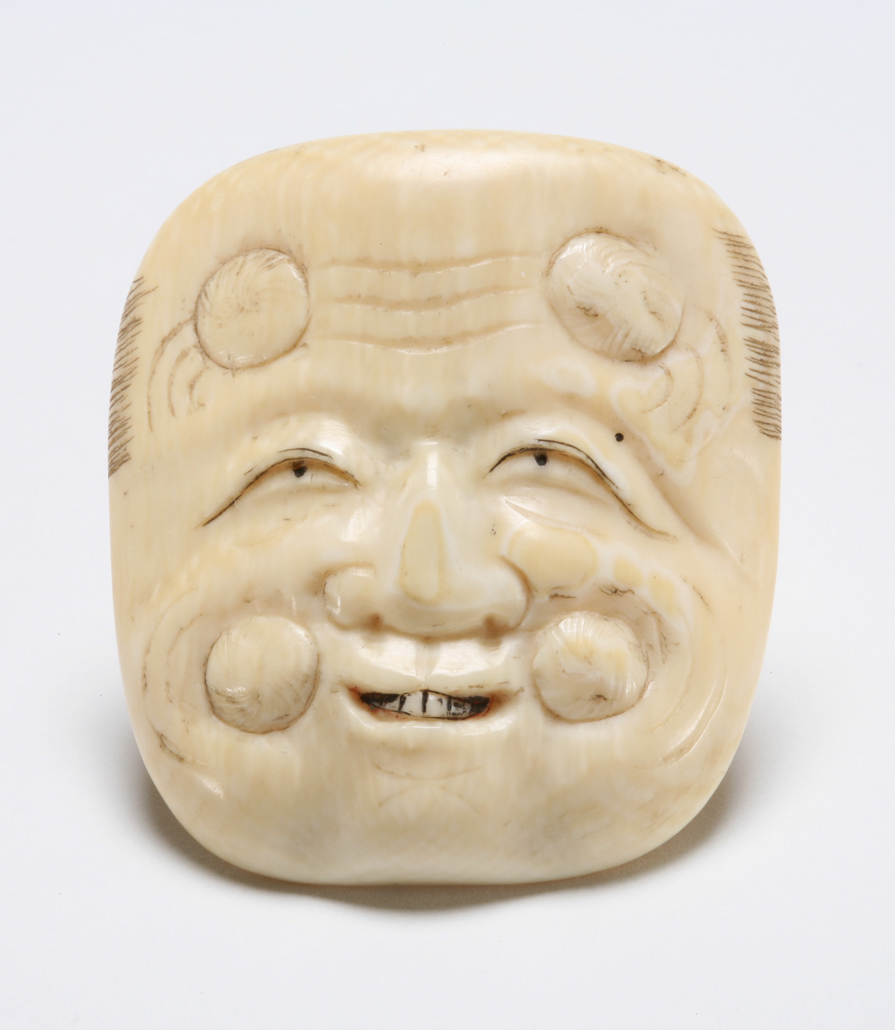