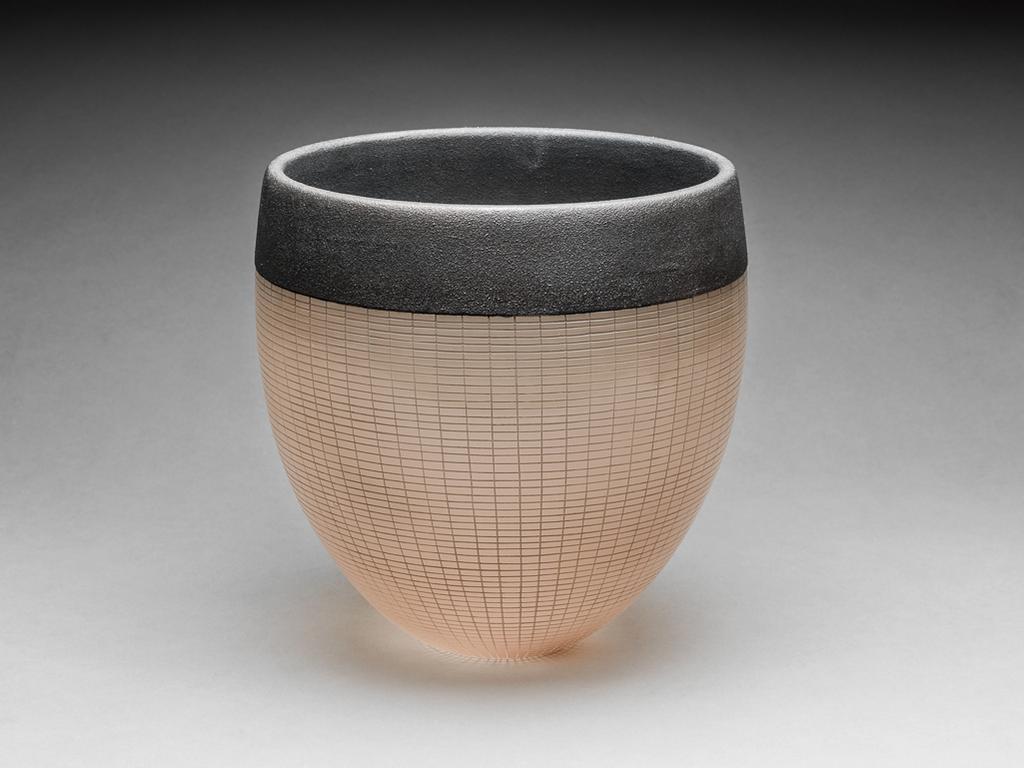 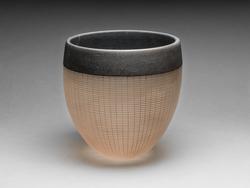 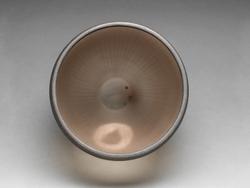 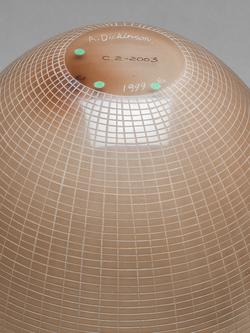 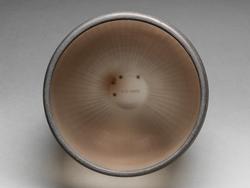 Pale brown clear glass, sandblasted, etched , and polished, the rim electroformed over sand. Circular with deep sides, curving inwards towards narrow base, which is flat and polished. The exterior is decorated overall with an engraved, graduated rectangular grid pattern. The dark coppery-brown electroformed rim has a sandy surface, and is about 4 cm deep. The interior is etched to produce a matt surface overall. Stuck onto the base there are five small circles of green felt.

History note: Purchased by the donors from The Crafts Council, 44a Pentonville Road, Islington, London, N1 9BY.

Text from object entry in A. Game (2016) ‘Contemporary British Crafts: The Goodison Gift to the Fitzwilliam Museum’. London: Philip Wilson Publishers: Anna Dickinson studied Design at Middlesex Polytechnic and Glass at the Royal College of Art, London. Since establishing her studio in London in 1986, Dickinson has been involved in a consistent exploration of the glass vessel form. Like minimal sculptors of an earlier generation, Dickinson tends to work in series with a pared-down vocabulary enriched by details of surface finish and the juxtaposition of contrasting materials. The combination of glass and metal has been a particular strand of enquiry, which began with this series of blown vessels in the 1990s with electroformed copper rims. More recent works have developed casting glass with metals such as Corten steel creating a strong industrial aesthetic. She cites interest in the architecture of her native London and Victorian industrial structures such as gas tanks with their precise cylindrical forms. Dickinson’s work is in numerous public and private collections. She is a tutor in the School of Material at the Royal College of Art, London. Anna Dickinson: ‘Glass is a very interesting and difficult material to work. I enjoy solving the problems that glass throws at me. Things I can’t predict may happen often have great beauty. When light comes through glass it can have the most incredible effect … there are elements of surprise and in a way a continual sort of movement.’ 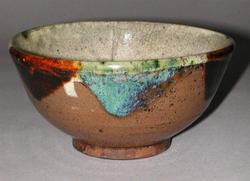 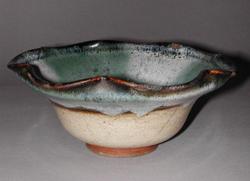 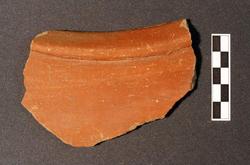 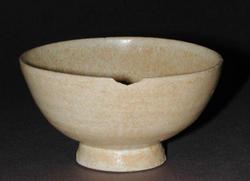 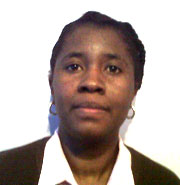 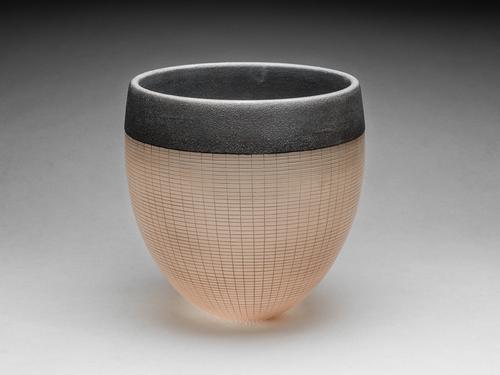