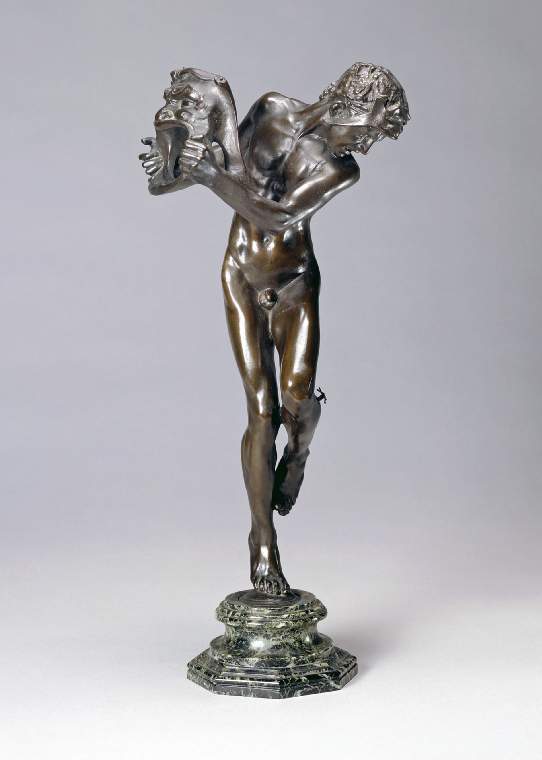 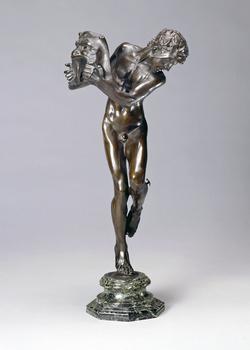 Bronze, cast, supported on green figured marble base. A nude youth, wearing a visor-like mask pushed back above his face, and holding in both hands a large gaping mask of Comedy, stands on the ball of his left foot and looks down towards his bent and raised left leg. A bee has just stung the calf and he grimaces in pain to form the mask of Tragedy. The octagonal base rises up in the middle into a circular socle with a depression in the top in which the circular base of the bronze stands.

History note: Purchased from The Fine Art Society Ltd., Bond Street, London W 1, for £60 by Derek Parsons in 1943; sold by him to G.C.Arnallt Jones on 21 December 1944; his brother-in-law Ivor Glyndwr Davies,Cardiff; his niece, Mrs Margaret Rowena Davey, née Davies (1917-2002); accepted by H.M. Treasury in lieu of capital taxes and allocated to The Fitzwilliam Museum from the estate of Mrs Davey.

Accepted by H.M. Treasury in lieu of capital taxes and allocated to The Fitzwilliam Museum

Comedy and Tragedy was the name of a play by W.S. Gilbert which the sculptor had seen several times. He added the comment ‘Sic Vita’ (such is life) . The bee symbolizes love, and its sting, the pain love causes.The bronze originated in a sketch made in 1890, and in 1891, Gilbert developed his idea, using an Italian, Angelo Colorossi, as a model for the youth. The polychromed plaster sculpture was exhibited at the Royal Academy in 1892. Bronzes were cast in two sizes, 29 in (73.7 cm) and 14 in (36.8 cm). Between 1902 and 1905 Gilbert or his son ordered casts of several of his most popular works through the Compagnie des Bronzes in Brussels, but this bronze does not bear the foundry’s mark. 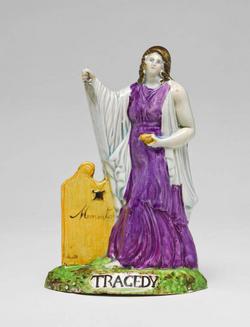 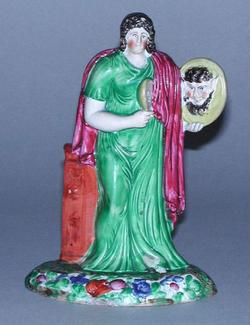 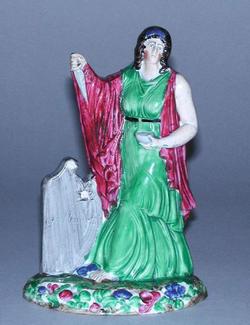